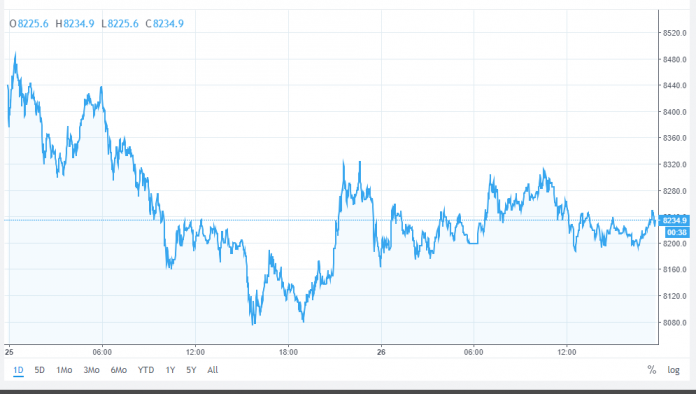 At press time, the father of cryptocurrencies is up by approximately $200, and is now trading in the $8,200 range.

The currency has been meandering between $8,000 and $8,200 for the past few days, with some ups and downs along the way. The important thing is that for the most part, the currency is maintaining its position and staying above the $8,000 mark. It’s been a long journey to get here, and enthusiasts are keeping their fingers crossed that the bull run continues. 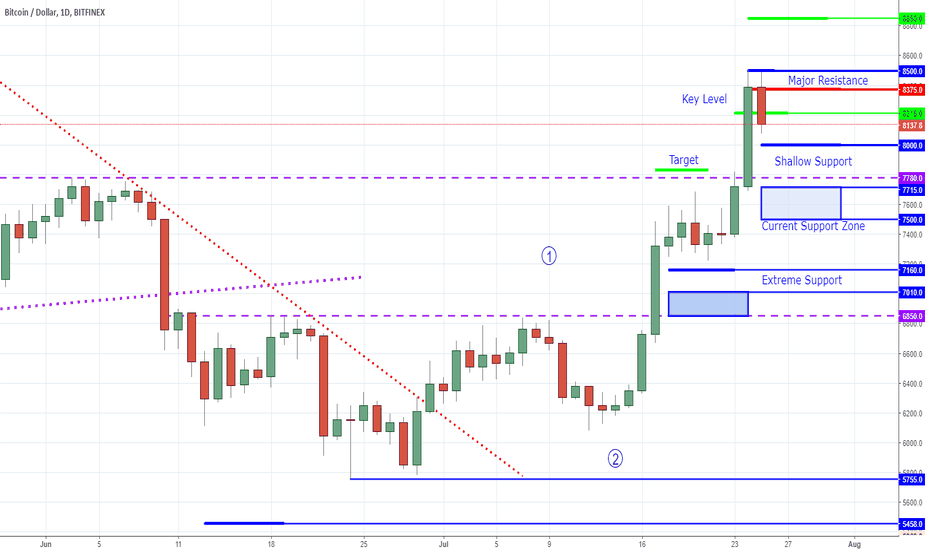 Most analysts agree that it will and offer varying suggestions as to why the bull run is occurring now as opposed to a month ago. Interestingly, one source says that it’s simply a “group mentality” that drives the price forward. According to a recent survey taken by digital currency advocates, more than half (approximately 52 percent) believe that the number one force behind bitcoin’s price swells is crowd psychology, while only 15 percent said it was the currency’s growing usage.

“To our thinking, this was the single most surprising response of the whole survey. Finance professionals make their livings by analyzing asset values through the lens of fundamental/quantifiable factors. That more than half of respondents believe valuation in the crypto space is ‘purely a function of crowd psychology’ is refreshing in its honesty.”

Another source suggests that bitcoin’s price rises are the results of President Donald Trump’s alleged trade war with China. Recently, an influx of investors dumped mass amounts of the Chinese yuan into bitcoin markets to escape the currency’s devaluation following the announcement that the U.S. would be imposing tariffs on goods from China.

“It was the insider reaction to imminent, planned, significant and, perhaps, rolling Chinese currency devaluation that set off this rally. Chinese insiders stuffed billions of RMB into BTC before the pace of devaluation upped its tempo on July 19. That repricing is holding because China will devalue more as a counter-move to the trade war.”

However, this story is lacking strong support. Presently, the U.S. dollar and the Japanese yen are the two top forms of fiat being traded for and against bitcoin, while the yuan remains in 18th place.

Either way, bitcoin has found a way to improve itself over the past several weeks. The coin is up by almost $2,500 from when it first hit $5,800 in early July, and granted the bull run does continue, enthusiasts have a lot to look forward to in the coming weeks.