Boy, oh boy… Where do we even begin?

The father of cryptocurrency is in a terrible state. After falling to $6,200 from its recent “high” of $6,500, bitcoin’s price has taken a major turn for the worse. At the time of writing, the currency has dropped down to approximately $5,500 – its lowest point since October and November of 2017. This is roughly $1,000 down from the $6,500 price it was boasting just a few weeks ago, and that was a slump from the currency’s late September price. 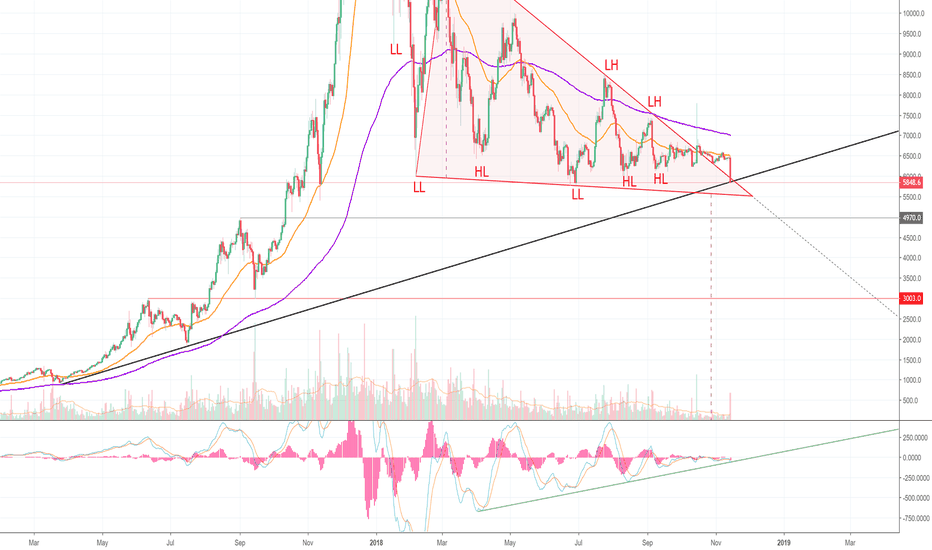 While there are several reasons given regarding the price drop, two specific ones stand out. The first is that very little new money is entering the marketplace. This suggests that bitcoin and cryptocurrencies have somehow lost their steam; that new investors are either uninterested or too afraid to enter the arena, and thus the trading that’s occurring is only between established investors that are likely in too deep to leave.

“The speed with which cryptos crashed Wednesday indicate that there is very little fresh money or buying interest in the market, and that stops were limited in size.”

The second reason, however, brings bitcoin’s “baby brother” into the equation. At just over a year old, bitcoin cash emerged from a bitcoin fork that occurred in August of last year. Now, the new coin is set to undergo its own fork, which some claim is taking a nasty toll on bitcoin and the general market.

“This drop in the bitcoin price is more than likely due to the upcoming hard fork scheduled by bitcoin cash. The bitcoin cash blockchain has been undergoing scheduled hard forks every six months to upgrade and improve the protocol. In most cases, these hard forks are uncontested with the whole community supporting them. In this case, however, consensus couldn’t be reached with two factions emerging and proposing different solutions for the upgrade.”

The upcoming hard fork has allegedly placed two of the industry’s biggest names – Craig Wright and Roger Ver – in a personal war. Ver is eager to see bitcoin cash remain as it is, while Wright wants to see the fork happen. Both have consistently traded blows on YouTube and neighboring sites.

“It’s safe to say that bitcoin cash’s upcoming hard fork was stirring uncertainty amongst crypto investors, and forecasters across crypto and traditional markets alike have predicted a prolonged bear market heading into 2019.”