At press time, the price of bitcoin is unchanged and still lying within the $6,200 range where it’s remained for roughly 72 hours.

Many analysts had predicted that bitcoin’s sudden “stability” would in turn lead to bullish behavior. After all, the coin was remaining at $6,500 for several days, and it appeared things weren’t likely to change in the immediate future. At the same time, volatility was down, and the currency was showing strength and maturity in the face of an ever-changing market. 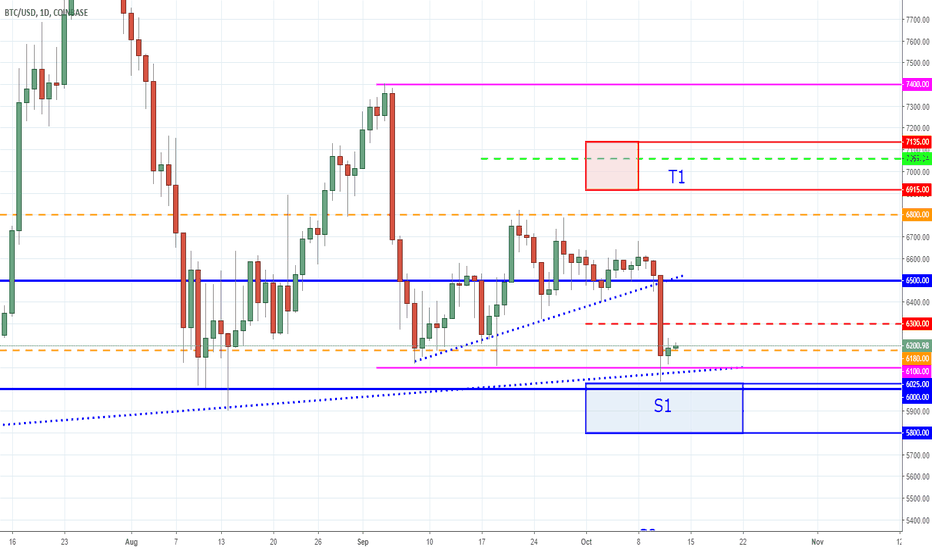 David Drake – founder and chairman of LDJ Capital – commented in a recent interview:

Unfortunately, this sort of bullish behavior has not been seen in bitcoin as of late. In fact, it’s remained absent since September. During last month, the currency experienced a small rally that took its price into the high $6,000 range. This was disappointing considering it had shot up to $7,000 in August and $8,000 in July, and it wasn’t long before that high number slumped back down to a low one.

The $300 drop that bitcoin has recently incurred shows that there is nothing bullish about bitcoin’s present status, nor is it likely to improve itself anytime soon. Elliott Prechter – head of computer analysis at Elliott Wave International – recently stated:

“After an eight-year bull market of unprecedented proportions that ended in December 2017, bitcoin entered a bear market that should ultimately correct its entire price history. Expect any rallies along the way to be erased and trading ranges to break to the downside.”

Further evidence suggests that the bitcoin market will remain bear biased for some time. Technical indicators are not suggesting that bitcoin is oversold, which means that a short-term recovery isn’t likely for everyone’s favorite cryptocurrency, and unless something large happens in a dominating market like the U.S., South Korea or Japan, bitcoin is assured to maintain a position between $6,100 and $6,300.

“The price finally climbed and closed above the 1h bullish EQ and POC, but also had a bearish SFP. Stops below local lows are possibly to be taken as well. Upside is capped till $6,380 or 6,420 for now.”