It’s hard to determine if this is another attempt on bitcoin’s part to move up the financial ladder. We’ve seen this occur about three times since summer, the first in mid-July when the currency spiked to $8,000. It didn’t take long for bitcoin to fall back down to $6,000, but this was followed by an August bull run that took bitcoin into the $7,000 range. 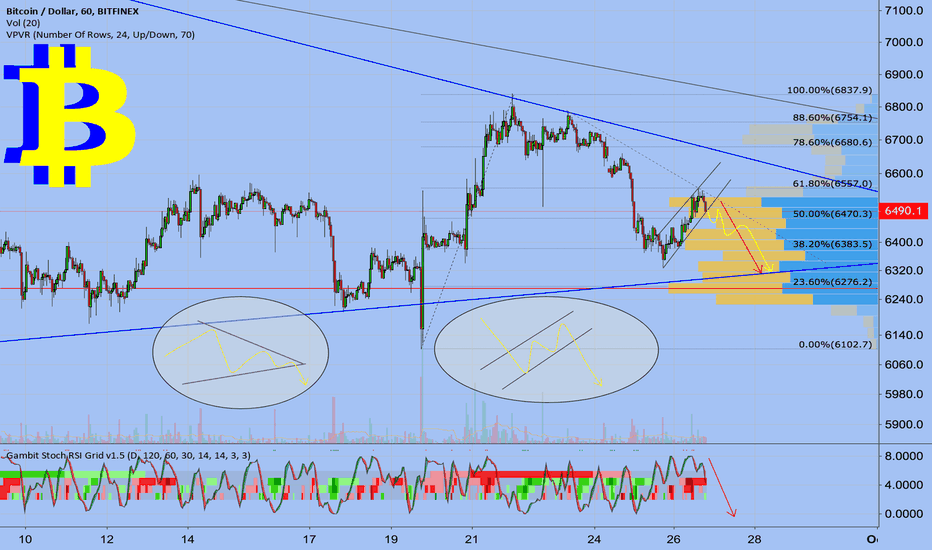 The currency later slumped again, while a third bull run was attempted just a few weeks ago in mid-September. The currency rose to as high as $6,800 but was unable to spike any further. It later fell back down to the low $6,000 range.

So, will this time be any different? Bitcoin does appear to be on the rise, but it’s hard to tell how high it will go this time around, and even harder to assume how long it will all last. One source claims the rise is only a temporary boost following news that Bitmain, the Chinese mining giant, is planning to list on the Hong Kong stock exchange and has chosen the city for its first official IPO.

The company’s financial documents show extensive growth over the past nine months alone. In the first six months of 2018, Bitmain garnered roughly $3 billion in annual revenue, up by about $800 million in 2017, and considering we still have three months left before the year is out, it’s only fair to assume Bitmain’s income could spike even further.

However, documentation also shows that margins are down from last year, and that company executives overestimated product supply demand. This goes back to late 2017, when the crypto hype was at an all-time high and bitcoin was trading for nearly $20,000.

Assuming fanatics would be purchasing mining equipment like crazy, the company now has roughly $1 billion in surplus equipment. This ultimately caused the company to raise its prices by 64 percent – up from 51 percent and 52 percent in 2017 and 2016 respectively.

“The expected economic return from crypto mining has been adversely affected, and the sales of our mining hardware slowed down. This caused an increase in our inventories level and a decrease in advances received from our customers in the first half of 2018.”