At press time, the father of cryptocurrency has fallen by roughly $400 since our last price piece and is once again trading for just over $3,600. This is exactly where bitcoin fell following the bitcoin cash hard fork that occurred just prior to Thanksgiving 2018. The event pitted many industry leaders against each other and was a wide subject of controversy amongst crypto analysts.

The trouble is, nothing like that is occurring right now. In fact, we’re still very new to 2019, and thus far, enthusiasm has been high – high enough to give the currency a little boost. Bitcoin had been trading for just over $4,000 during the past week, and while this is hardly a reason to break out the champagne, the move gave enthusiasts some hope, especially considering all bitcoin did during the final two months of the previous year was crash. 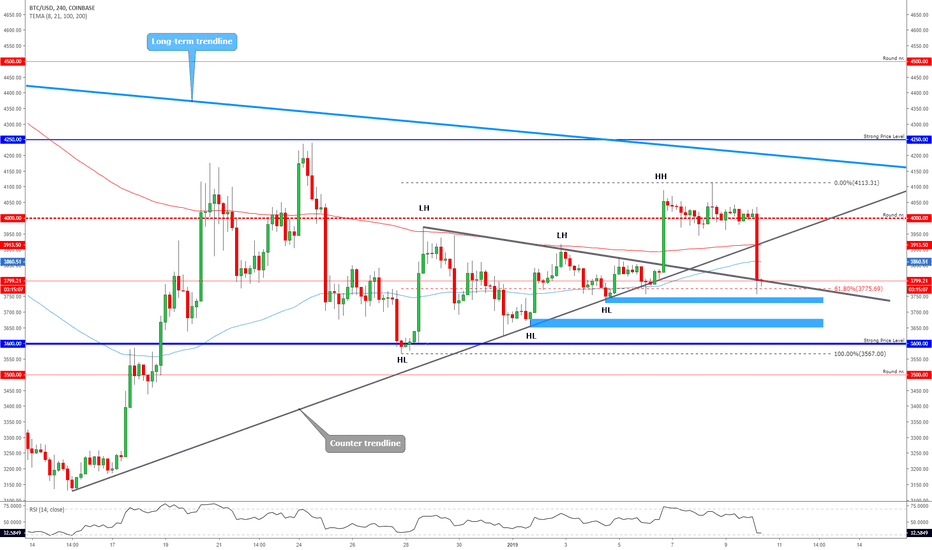 Interestingly, positive sentiment remains for a bitcoin exchange-traded fund (ETF). The one that most analysts claim has the highest probability of becoming approved by the Securities and Exchange Commission (SEC) is one submitted by VanEck Solidx, a joint bitcoin trust venture.

The decision regarding the ETF’s approval has been pushed back several times since August of 2018. We are now waiting for February to arrive, which is the designated period for when hopefuls can potentially garner the answers they’ve so desperately sought, though it wouldn’t be surprising to see the decision postponed once again.

Still, some believe this isn’t enough of a reason to give up just yet. One of those people is Matt Hougan, a veteran of the ETF industry and a global head of research for Bitwise. He comments:

“When the market ran up to excessive levels, there were clear elements of a bubble. Speculative fever that precipitates bubbles doesn’t mean the underlying development isn’t legitimate. It often accelerates it. The technology bubble, for example, burst in 1999 and 2000, but Jeff Bezos is now the richest man in the world.”

He’s confident a bitcoin ETF could be approved as early as this year. Joshua Frank – co-founder of the cryptocurrency analytics platform TheTIE.io – believes that while sentiment regarding bitcoin has fallen somewhat into negative territory, the latest price backtrack is just a simple correction, and not likely to lead to anything serious.