At press time, bitcoin has sunk to $6,200, and is trading for approximately $100 less than where it stood during yesterday’s afternoon hours. It appears the bears have not given up the reins just yet, and we still have a lot of catching up to do.

Financial analyst Spencer Bogart says that bitcoin prices this year have been “unjustifiably low,” which he believes could still change in the future. He says the intense rise of bitcoin in 2017 called for a heaving correction in which several crypto hedge funds – built last year – are now “hitting their one-year lock up.” 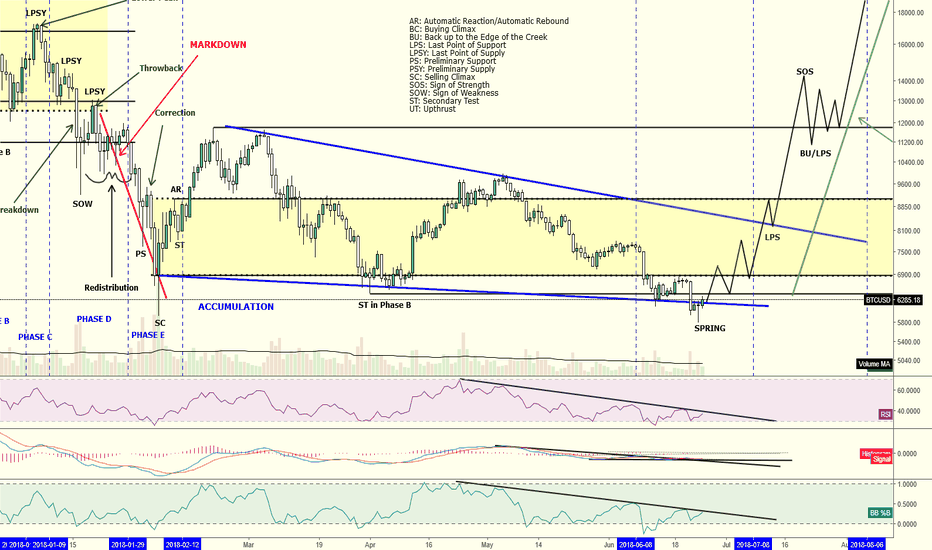 “If we go back to the summer of 2017, when crypto prices were booming, there were about 100, 200, maybe 300 new crypto hedge funds that were formed,” he explained in a recent interview. “They are saying, ‘Hey, I want to redeem out of that fund.’ That means forced selling on behalf of all these new crypto funds that have popped up. I think that could take prices even lower artificially.”

One source mentions that the cryptocurrency market has been marred by a serious lack of trust amongst new investors. The fatal drop that bitcoin incurred following its December high has put a serious damper on the number of people willing to put their money into crypto ventures, and the Department of Justice has been analyzing price fraud since first opening an investigation in May.

The Conversation mentions that bitcoin and cryptocurrency price manipulation is easy, considering just how new the digital asset industry is. The technology behind cryptocurrencies is still vulnerable to outside influence and attacks, and prices tend to incur wild swings regardless.

In addition, the global market cap for digital assets only amounts to about $300 billion, which may seem like a large number on paper, but when compared to the market cap of the global stock market (approximately $100 trillion), it looks like small beans.

Researchers at The Conversation have released a paper that suggests bitcoin price manipulation has undoubtedly occurred in the past, particularly between 2013 and 2014. At the end of that period, bitcoin was trading for roughly $150, but later shot up to over $1,000 in December. Unfortunately, the price came crashing down by over 50 percent just a few weeks later when Mt. Gox was hacked, and many traders wrote in, claiming they were noticing “suspicious activity” on the exchange.

“We could conduct the analysis because when Mt. Gox collapsed in early 2014, its transaction history data got leaked. This gave researchers like us access to approximately 18 million transactions from April 2011 to November 2013. The key is that this data linked transactions to user accounts, though not their real identities. With this information, we could link suspicious trades to accounts.”

Five years ago, bitcoin price manipulation was rearing its ugly head, and there’s no reason to believe the same activity could occur in 2018 considering not all of bitcoin’s technological loopholes have been addressed or repaired.

SEC commissioner Robert Jackson comments, “Investors are having a hard time telling the difference between investments and fraud.”