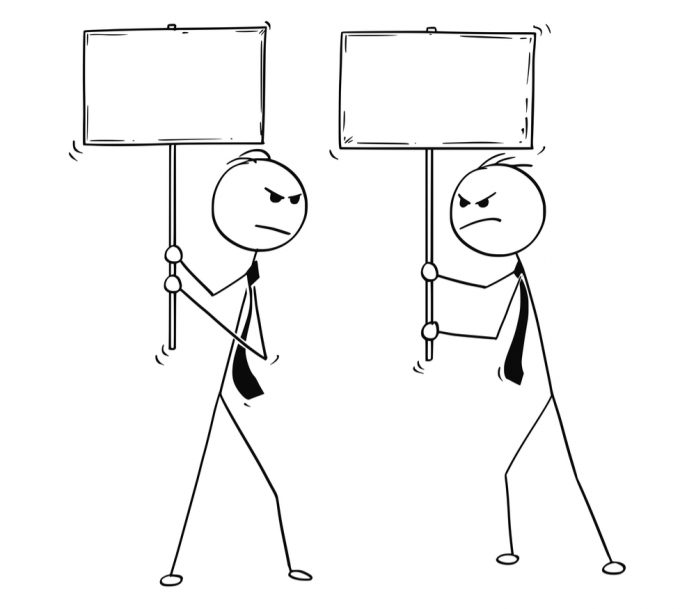 It has become apparent that there is a lot of friendly competition among existing and new blockchain projects. In most cases, competition is a good thing, as it leads to innovation. However, the ongoing spat between EOS and Ethereum supporters is taking an interesting turn. Centralization is always a big concern when dealing with blockchain projects, after all.

Removing Centralization From Blockchain and Cryptocurrency

On paper, both blockchain technology and cryptocurrencies are designed to introduce a whole new level of decentralization. Bitcoin, for example, is touted as a global form of payment which doesn’t need anyone’s approval to be transferred around the world. However, there have been some centralization concerns when it comes to mining pools, network nodes, and the developers maintaining this particular project.

Those issues are not unique to Bitcoin, though. Various other currencies and projects have received a fair bit of criticism in this regard. Over the past week or two, EOS has been the center of attention, but not necessarily for the right reasons. With its developers actively freezing accounts and shutting down the network on at least one occasion, it is evident there is a fair amount of control over the network in the hands of just 21 people.

It is only natural that such incidents have sparked debate. Creating a trustless decentralized environment is difficult enough without developers being able to exert control over everything whenever they want. While it is somewhat understandable that EOS has slowly evolved from centralization to decentralization – similar to how NEO works – it is not hard to see why a lot of people are expressing concerns over this project in its current form.

However, it seems some people believe that EOS may not be the biggest problem in this regard. According to the tweet below, there is some concern that three mining pools can shut down the Ethereum network by rejecting transactions and blocks. While there is no incentive for these mining pools to do so at this time, it is a somewhat valid concern regardless. Every mining pool is a centralized entity, after all, as it is usually ‘owned’ by one individual and the people working for this person.

3 of 5 parties are able to freeze Ethereum accounts by vote (https://t.co/NMcSZ6UaWR) simply by rejecting transactions and blocks that include transactions. Under the Ethereum agreement, an arbitration order from ICC can compel them to. It takes 21 of 21 parties on EOS.

Even so, it is a bit odd to claim that three parties can shut down Ethereum, whereas it would take 21 people to do with EOS. The probability of EOS’s block producers attempting something like this seem a lot higher compared to that of three Ethereum mining pools colluding after years of leaving the network alone and actively supporting it. Hypothetically speaking, it still seems to hint that EOS has a far bigger centralization problem – and a more worrisome track record after just a few days of operation.

Whether or not either of these networks has much to fear from such attacks is unclear. Sparking debate in this regard is never a bad idea, and the problems should not be ignored by any means. Moreover, comparing EOS to Ethereum seems like a bit of a stretch, especially because the former has only had its own blockchain for less than two weeks now.