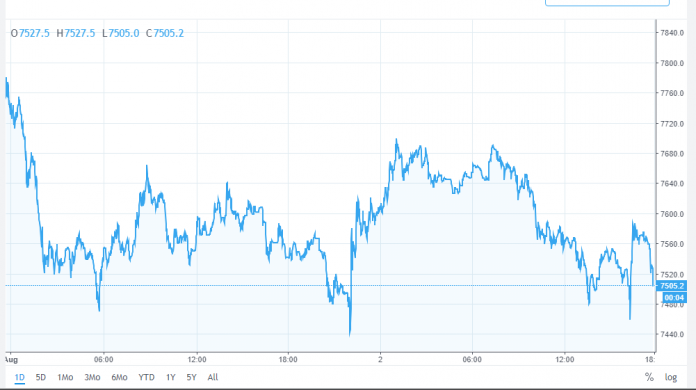 At press time, the father of cryptocurrency is digging its heels into the ground and staying right where it is. In other words, the currency fell to $7,500 yesterday, and is remaining in this position. It’s not spiking any further, but it’s not dropping either, and we must take every bit of news as it comes along.

So, where does bitcoin go from here, exactly? That’s the big question on every analyst’s mind as the currency’s price swings have seemingly come to an end. Hacked describes the recent correction as long “overdue,” saying that the currency was suffering from an upswing of buyers who began entering the mix as soon as the currency added $1,000 to its price. 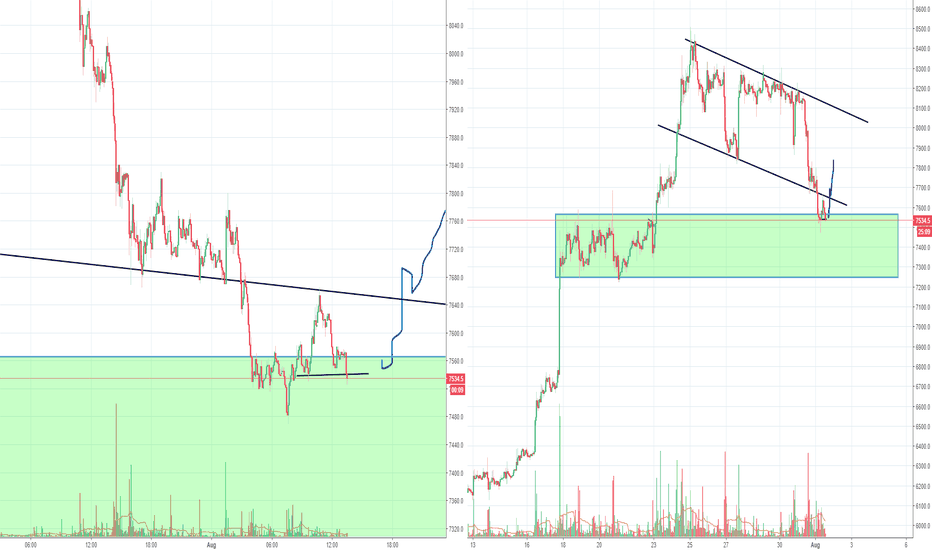 The problem is that this caused saturation in the market. Combined with the constant confusion surrounding bitcoin ETFs, and what we’ve got is a currency that felt pressured and unsure of itself, and thus a subsequent drop became imminent.

One source dares to ask when institutional investors will get involved with bitcoin. To an extent, they already are. Through the likes of Goldman Sachs and other assorted Wall Street players, institutional investors are heading towards the bitcoin playing field, but not in droves as enthusiasts would like. They’re traversing towards bitcoin, but at a relatively slow pace.

The argument is, and always has been, that for bitcoin and cryptocurrency to legitimize themselves, they need the same class of traders and investors as the traditional stock market. Wall Street players can make this happen, but many are still wary of what the digital currency arena has in store. The constant threats of volatility and outside market manipulation has a lot of people worried about what could happen to their hard-earned cash and earnings. Putting money into such an asset class doesn’t mean they’ll get it back; in fact, there’s a solid opportunity they’ll never see it again.

One of the reasons the source mentions regarding why more institutional players aren’t getting involved is the recent price hike. It presents us a chart released by the U.S. Commodity Futures Trading Commission (CFTC) that shows the recent range bitcoin had been gracing. This range was between $5,700 and $6,600. This is typically where one will find institutional investors purchasing bitcoin, and as bitcoin had jumped beyond the $8,000 mark in recent days, this is partly why such investors were now slow to make any moves.

Either way, it appears we’re stuck with two poor outcomes. Either bitcoin has these investors at its side, but the price travels at a snail’s pace, or the price continues to grow, and the currency fails to garner any serious notice or legitimate backing. The future’s bright, isn’t it?