At press time, the father of cryptocurrency is trading for about $3,424. This is roughly $100 less than where it stood during our previous price article. The currency just continues to fall lower and lower on the financial totem pole, and bitcoin is losing the high level of attention it once held. 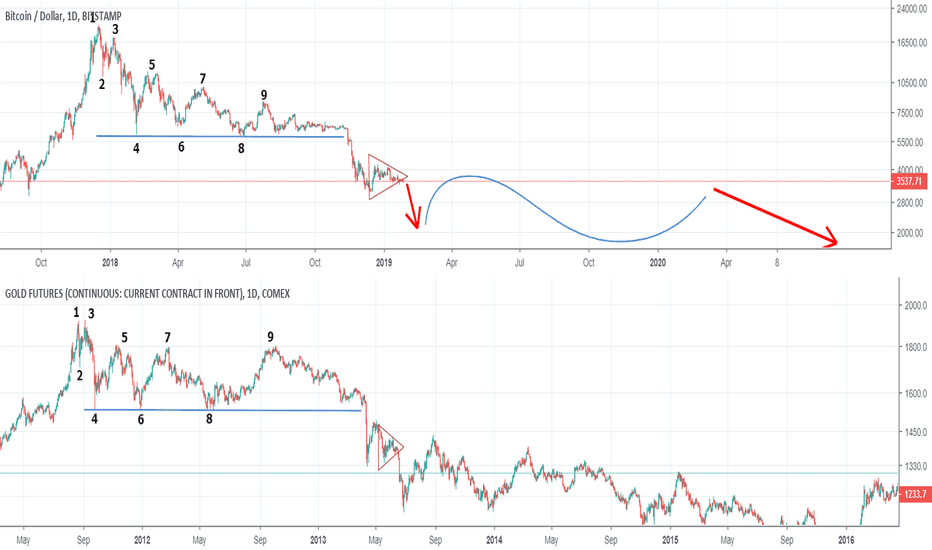 Jan Van Eck – chief executive of investment management firm Van Eck Associates – states that many prominent cryptocurrency investors have now turned their focus away from bitcoin and its altcoin cousins and are focusing on other things, like precious metals. In an interview with CNBC, he comments:

“We just polled 4,000 bitcoin investors and their number one investment for 2019 is actually gold, so gold lost out to bitcoin and now it’s going the other way.”

Going the other way, indeed. In late 2017, one bitcoin was worth approximately 18 times that of a single ounce of gold. Many investors sought bitcoin over things like gold and silver and continued to do so even during the first half of 2018 despite prices already starting to slink lower.

In addition, the price prospects for bitcoin throughout 2019 don’t look like they’re going to improve all that much. Anthony Pompliano – founder of capital management firm Morgan Creed Digital Assets – states that while bitcoin isn’t likely to fall below the $3,000 mark, it probably won’t witness any solid gains over the next 12 months. He predicts that bitcoin will probably sit anywhere between $2,500 and $4,500 for most of the year.

At the time of writing, bitcoin is at its lowest point since mid-December of last year. Interestingly, despite the general sense of gloom-and-doom coming from most industry leaders, others aren’t so sure there’s anything to worry about. Mati Greenspan of e-Toro fame states that what’s occurring with bitcoin isn’t out of the ordinary, and “within the realms” of normal fluctuation.

Other analysts, such as Tom Lee of Fundstrat fame, are finding a way to blame bitcoin’s behavior on altcoins. He states the cryptocurrency has not been able to separate itself enough from altcoin trends, which is what ultimately caused it to crash so hard in 2018.

“It’s a huge disappointment… Last year was a year where the crypto bubble was really adjusting because there were a lot of ICOs and flawed projects. We thought bitcoin would sort of survive that, but it didn’t. It got sold off with the rest of the market.”