At press time, everybody’s favorite cryptocurrency has fallen below $3,175 for the first time in 2018. The price of bitcoin continues to crash and burn, and one analyst is saying the asset may fall to as low as $1,500 before any significant uptrends occur.

Bloomberg analyst Mike McGlone says bitcoin is currently trapped in what he calls “stiff downward momentum.” In other words, it’s going down, and it’s going down hard. In fact, there don’t appear to be any elements on the horizon capable of freeing bitcoin from its present chains. 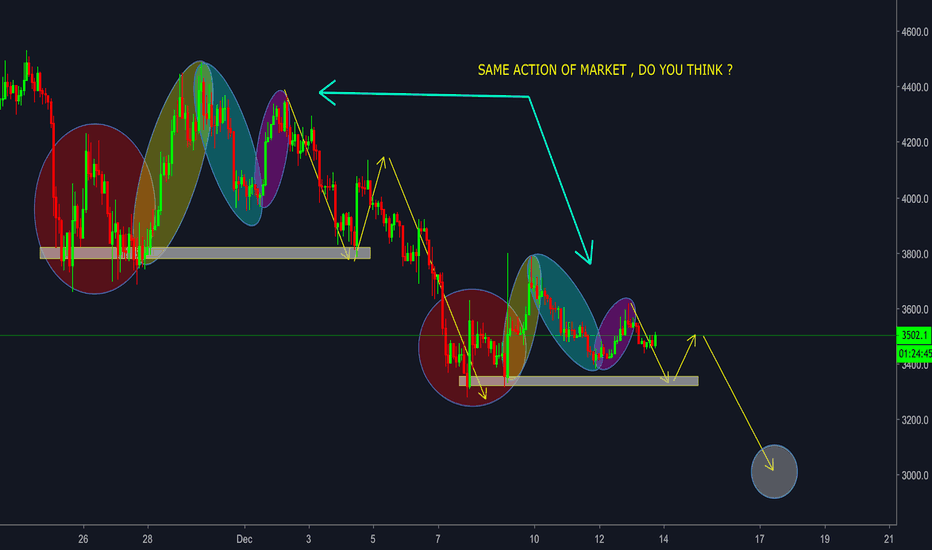 “There’s little to prevent fading bitcoin prices from reaching the continuous mean of $1,500 […] A rush to the exits among investors seems to be in place.”

He explains that among the biggest catalysts for bitcoin’s recent downward spiral is the recent bitcoin cash hard fork that took place prior to Thanksgiving:

“The hard fork was a key trigger that signaled the technology is way too nascent. You had these dicey characters threatening to destroy each other and institutions said, ‘It might be best if we stay away from this for a while…’ The trend is lower prices, lower volatility, reduced speculation, and the preponderance of stable coins. We’re not near that base yet.”

On a more positive plane is Tom Lee of Fundstrat fame. Lee always seems to be in the news, refusing to give up his bullish bearings on bitcoin. It’s good to see someone remain motivated like this, though how realistic Tom Lee is being remains open to question.

Lee is refusing to budge regarding bitcoin’s end-of-year prowess, and still insists that the currency could end the year at around $15,000. Given there are less than three weeks left in 2018, his prediction seems less likely by the day, but Lee is sticking to his guns. In fact, he mentions he’s getting a little tired of people asking him about possible end-of-year prices.

In a recent interview, Lee comments:

“Given we are so close to year-end, we are not providing any updates to near-term price objectives. Read this as we are tired of people asking us about target prices.”

In that same interview, he mentioned bitcoin’s “fair” price as somewhere between $13,800 and $14,800, which is slightly less than his previous prediction but not by much. It sounds a bit like Lee is trying to cover his tracks. Rather than come out and suggest that $15,000 is still too hopeful, he’d rather just not talk about it.

In the long run, he remains adamant that bitcoin still has bright days ahead, stating:

“The risk/reward is still strong. Given the steep discounts of [bitcoin] to our fair value models, the excessive bearish sentiment about fundamentals does not seem warranted.”