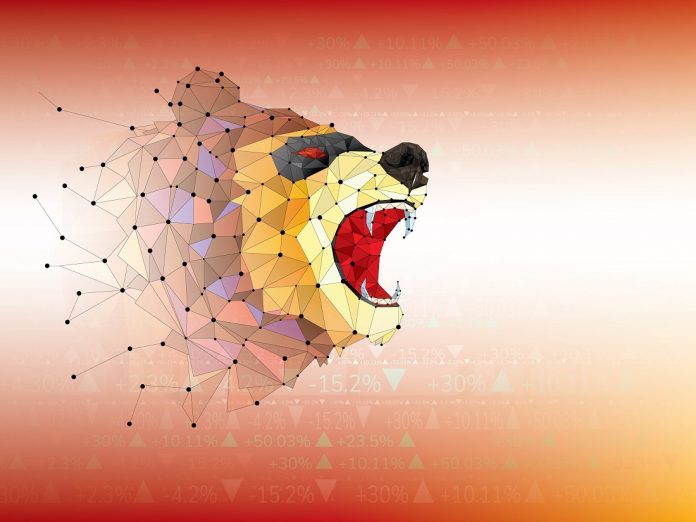 It’s yet another dark day for Bitcoin. In fact, it’s the darkest one this year. The currency has once again set a new low for the year. At press time, the currency was trading at $3,230, down 10 percent in just 24 hours. The currency was performing especially poorly on some markets such as BitMEX, Coinbase Pro and Bitstamp where it was trading at $3,180. Since the week began, Bitcoin has lost close to $500. The currency’s immediate future looks bleak, especially given that it’s entering the weekend. Historically, cryptos have performed very poorly during weekends.

Bitcoin hasn’t been for the faint hearted this year. It has tested various support levels and come up short. The $6,000 level seemed strong for quite some time, but even that came up short. And now, the currency seems poised to test the $3,000 level.

In just the past one month, Bitcoin has halved in value. The assault had seemed to begin a reversal days ago when it hit $3,700 on some markets, but the bears seem to be in control of the market movements.

On most markets, the father of crypto was trading just above $3,200. HitBTC continues to be one of the most friendly markets, with the price standing at $3,318. However, on American exchanges, the currency continues to perform dismally with Coinbase, Kraken and Gemini all trading at $3,180.

Bitcoin could test the $3,000 level soon, with the current market making many investors frantic and eager to sell. The current sellout is the largest since July when the currency lost $3,000 in weeks causing traders to panic. With the weekend kicking off, it could drop further. Whether the currency can bounce back will largely depend on its ability to stay above the $3,000 support level.

As if the current turmoil isn’t enough for investors, a teenage Bitcoin millionaire has some more devastating news. According to Erik Finman, Bitcoin is dead. Finman believes that while it may not be immediate, it will slowly ebb away.

Bitcoin is dead, it’s too fragmented, there’s tons of infighting I just don’t think it will last. It may have a bull market or two left in it, but long-term, its dead.

Finman began investing in Bitcoin in 2011 using money gifted to him by his grandmother. The early adopter grabbed the headlines last year after he turned his $1,000 investment into a $4 million fortune. However, he believes that those investors that are out to make millions as he did will lose their investment.

And it’s not just Bitcoin. Finman believes that the future is even bleaker for Litecoin, the ‘silver to Bitcoin’s gold’. The currency is currently trading at $23, down 93 percent from its all-time high of $365.

Litecoin has been dead for a while. It’s like when the sun is going down and there’s that eight minute period just before it goes dark. Litecoin is in its seventh minute.