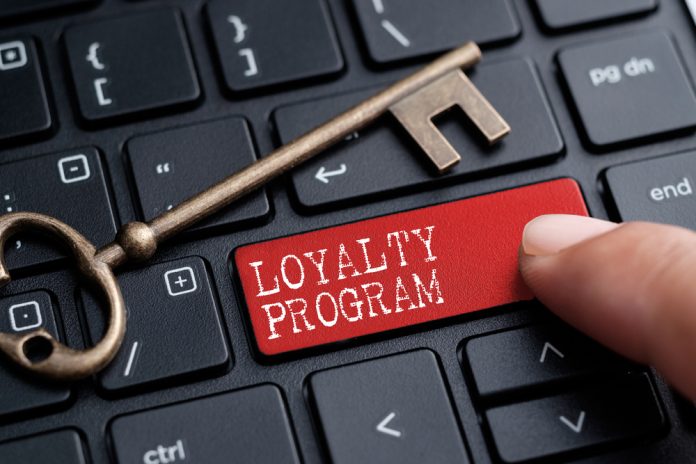 New blockchain apps using cryptocurrency as rewards and cash back have the potential to improve the loyalty space. Read on to learn how.

The International Council of Shopping Centers reports that the loyalty space grows by about 30% every year, with 85% of consumers belonging to at least one loyalty program, circulating $300 billion between them annually. With so many users and so much money circulating through loyalty programs, adding blockchain-related features and cryptocurrency mechanics would help companies offload complexity and interact with crucial partners and customers, taking stress off of core loyalty programs.

The largest problem loyalty programs face today is a dual one: they are being used at an all-time high rate, while the total number of unredeemed points (and the cost of managing them) is growing. The average US household today participates in an average of 29 different loyalty programs, according to the 2015 Colloquy Loyalty Census. New accounting standards, however, state that revenue attributed to loyalty points must be deferred until the redemption conditions are met.

With so many overlapping and often confusing rules and regulations for redeeming points, rewards, and cash back in so many places, companies operating loyalty programs are losing money from consumers’ analysis paralysis. People aren’t redeeming to their full potential due to the large and confusing web of guidelines associated with doing so; most people don’t have the bandwidth to understand all of them.

Blockchain, the distributed ledger technology behind cryptocurrencies like Bitcoin, could improve loyalty programs with enhanced features like instant rewards redemption and loyalty point currency exchanges, centralizing them and making them more accountable and transparent. Blockchains improve transaction verifiability, integrity, and transparency by grouping transactions into blocks confirmed by a wide public network, or chain, of participants (hence the term “blockchain”). Afterwards, every ledger in the blockchain is updated to reflect the new transaction(s).

This is an improvement upon centralized databases, where intermediaries with full control over databases and the data they contain create, read, update, and even delete data as single points of failure. In contrast, blockchains rely on a network of people to verify transactions by validating and writing new data. Past entries never change, and new entries are written to update the state of past entries. This secures and strengthens the record of each one through consensus.

In the end, blockchains allow for decentralized control while traditional databases use centralized control to manage data, which is more fallible since a database administrator constitutes a single point of failure for everyone’s data security, were the security infrastructure to fail. On a blockchain, there is no single point of failure, improving data security and integrity.

Loyalty programs that grouped point currencies, rewards redemption options, and rules into one digital wallet would encourage companies to cooperate with one another to create shared value, since siloing loyalty programs over multiple blockchains creates saturation and detracts from consumer value. Instead, companies could co-create loyalty programs in partnership with blockchain platform developers to centralize information people need in order to easily reconcile all of the point options, redemption systems and point exchanges. This would help people make quicker and smarter decisions on which loyalty programs are best for their shopping habits and preferences. This would also make points and rewards redemption easier and more consistent, allowing consumers to redeem more rewards and points.

For businesses, blockchain tech would enable greater revenues by alleviating the balance sheet bottleneck created by unredeemed points. It would also let businesses explore new loyalty program models incorporating large and small business partners, allowing them to integrate seamlessly with loyalty programs. This could help businesses craft popular offers more easily and make it easier on businesses to distribute points since the entire process would be outsourced to the blockchains their programs were on. Blockchains’ decentralized nature allows greater verifiability and transparency of points distribution and rewards redemption by a wide network, freeing up back-end costs for other needs.

Blockchains aren’t infallible. With so many out there today, creating new blockchains on which to operate loyalty programs could create program saturation, detracting from loyalty programs’ ability to deliver value to customers. In addition, the blockchain-based transaction layer between consumers and loyalty program operators would, on paper, generate a small per-transaction cost for transactions associated with these loyalty programs, which could grow over time. Customer data could become available to other participants in the loyalty network, or to competitors. And, rewards currency could devalue in what would be an open marketplace for trading points.

The most basic way for companies to eliminate these risks is to take a ground-floor role in structuring commercial agreements and partnerships to protect the core components—currency value, customer data and relationships, and transaction costs—of their loyalty programs when creating or choosing a blockchain platform to run their loyalty programs.

Blockchain apps using cryptocurrency to power rewards and cash back have great potential to deliver new value to consumers, such as passive income, savings, and compound interest to help them buy more with less. This is because cryptocurrencies—not only Bitcoin, but also Ether, Litecoin, Ripple and others—are just as much assets as digital money with which to buy and sell things. Since blockchains are at the heart of many cryptocurrencies, loyalty programs can use them to turn everyday shoppers into investors, giving them a single place to redeem all of their rewards and get cash back in the form of crypto, creating more convenience and more value. Several disruptive use cases, such as BitRewards, FluzFluz, and Rewards.com are already putting these ideas into action.

FluzFluz operates a global co-op network between merchants and consumers on JP Morgan’s Quorum blockchain, letting consumers build their own shopper networks and make passive cash back-based cryptocurrency income, both when shopping and when members of their networks shop. Each co-op member group (up to a maximum of 65,535 people) shares cash back internally, with 50% going to the purchaser and the rest being split equally among the members of the co-op. The FLUZ token is tradable for cash back rewards and gift cards, and helps fund network transparency and lower transaction costs.

Maurice Harary, Founder of Fluz Fluz, says, “A good leader creates followers, whereas a great leader creates other leaders. The global cash back rewards co-op technology at FluzFluz lets average consumers empower others to become influencers, grow the rewards network, and increase each member’s buying power and cash back potential as a result.”

Rewards.com recently incorporated cryptocurrency into its online rewards platform as well. Since it has thousands of retail partners across the country, its new RWRD token is redeemable at any one of them. By incorporating it as the platform’s core store of value with its enormous network of partners, Rewards.com is helping to put cryptocurrency into the wallets of more mainstream consumers by powering everything from cash back rewards to discounts on its platform.

These are all examples of ways in which blockchain technology and cryptocurrency are already beginning to impact the loyalty industry. Their founders have so much confidence in their products that they’ve all opened themselves up to questions on platforms like Telegram and Slack to help refine their products.

Blockchains and cryptocurrency have the potential to reshape the loyalty industry, helping consumers use multiple rewards programs across stores, making rewards transactions securer and more transparent, and centralizing cryptocurrency rewards programs in one place. Verifiability is an important part of this equation as well. Blockchain’s decentralized and transparent nature can allow loyalty programs to be used in one place and be open source. That adds accountability to these programs, since everyone monitoring a loyalty program’s blockchain would be responsible for verifying points, rewards redemption, and cash back transactions.