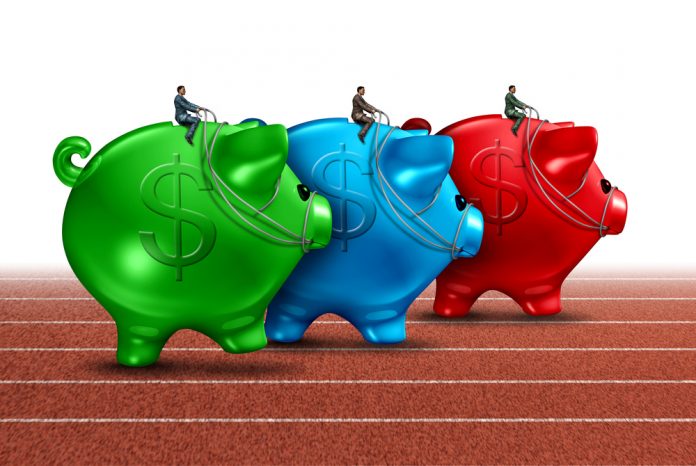 Barclays Bank is the latest in a long line of companies that have filed blockchain-related patents as they seek to gain an edge on the newest technology frontier. The London-based financial services giant filed the two patents with the U.S. Patent and Trademark Office on July 19, with the first detailing a blockchain-based currency system in which certain parties such as a central bank regulate the network by issuing new tokens when the supply is low and destroying some tokens when the supply is high. The second details a blockchain-based system for storing and verifying data. The patent filings follow those of other titans such as Bank of America and Mastercard which have recently filed blockchain patents, with each company trying to stay ahead of the pack in the blockchain race.

Blockchain technology is poised to become the new go-to technology for almost every industry, and leading companies worldwide recognize this. As such, many industries are investing plenty of resources in a bid to be at the forefront of the revolution. In shipping and logistics, Maersk is leading the pack; in retail, Walmart is making great strides. In e-commerce, Amazon and JD.com are quickly establishing themselves, while Nestle and Unilever are pioneering the use of blockchain technology in the food industry.

Barclays has blown hot and cold on the blockchain industry, but the patents reveal that it’s now ready to fully explore the endless possibilities the technology offers. Judging from the patent, Barclays seems to be on the path towards the adoption of a stablecoin which will facilitate the seamless conversion of fiat currencies to digital currencies, all without the loss of value. The proposed ecosystem would give a central party the authority to dictate the money supply through the creation and destruction of tokens to match the market conditions. The double-edged sword would make digital currencies easier to issue and manage for banks, but in the same breath, it would violate the decentralized ethos that underpins cryptos as one entity would have the ultimate power.

Bank of America also recently filed a patent for a blockchain-based system for data validation. The proposed system will be used to track information relating to funds transfers including proof that a transaction has been initiated, data from the host institution relating to the transaction, previously recorded information on the transacting party in accordance with AML laws, and other such information that’s pertinent to the transaction. The bank has continually bashed cryptos and advised their customers against purchasing them, even barring purchases of cryptos through their credit cards. However, the allure of blockchain technology has captivated them, and in April of this year, the North Carolina-based bank filed a patent for a blockchain-based document transfer system.

Mastercard has also kept up in the blockchain arms race with a new patent which will allow its customers to transact between cryptos and fiat currencies. The proposed system will store the fiat currencies in one central account while the cryptos will be stored in a separate one. This gradual integration of the two systems will allow users to take advantage of blockchain technology and cryptos, all the while ensuring that security is not compromised. Last month, Mastercard applied for yet another patent for a blockchain-based system to speed up its payments.