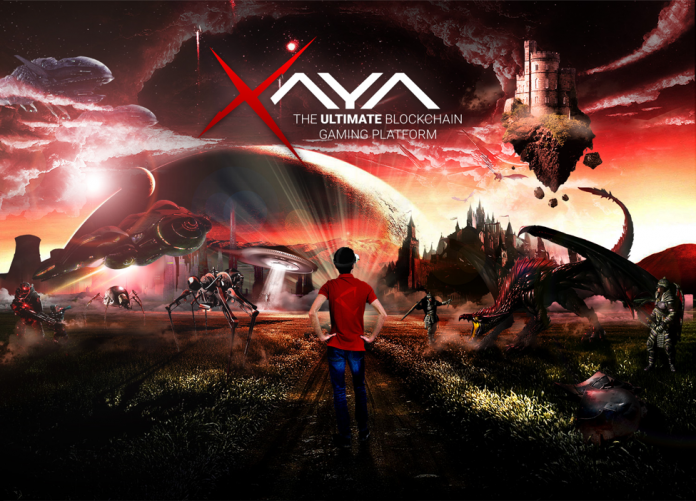 Games that make use of blockchain technology have so far been few and far between, not to mention relatively rudimentary.  However, this situation is likely to change as the benefits of decentralization become apparent to more game developers in an industry now valued at over $100 billion.  Enter blockchain gaming platform XAYA. In Malta last week, the company announced the start of its main sale, which is being held on Liquid’s Market.

The creators of XAYA describe it as ‘The Ultimate Blockchain Gaming Platform’.  XAYA is a purpose-built blockchain (created with elements from Bitcoin Core and Namecoin) designed for gaming which facilitates real-time, trustless, and infinitely-scalable gameplay, as well as full player ownership of characters and other digital assets.  XAYA is the product of the self-described ‘inventors of blockchain gaming’, who developed the successful Huntercoin project in 2013. Rather than running on centralized servers as is currently the norm, the platform’s ecosystem allows games to be run directly on the blockchain – a first for the industry – thereby reducing costs and increasing speed when compared to games running on Ethereum and other platforms.

According to its developers, XAYA achieves these things by deploying several unique technologies:

In addition, XAYA provides developers with the freedom to code their games in any language they choose, for example, Java, Python etc., and games are automatically published and distributed on the XAYA network free of charge.  Gameplay moderation is built into the network, and emergent gameplay such as human mining – whereby players earn rare blockchain-based assets that have real-world value – and Decentralized Realities (DR) are also catered for.

Launched just last week, Liquid is a next-generation cryptocurrency exchange that has evolved from the Quoinex and Qryptos exchanges (that boast a combined daily trade volume of over $200 million), and it has almost immediately become one of the top exchanges worldwide.  Liquid aims to provide the maximum liquidity possible, and is linked to 17 leading cryptocurrencies, granting access to the best prices available.  Fiat trading is also offered, alongside margin trading, lending and other options.

Market is a key component of Liquid, and this facilitates the secure running of generation events.  According to publicity material, XAYA’s sale will be the first to be hosted by Liquid, and furthermore, the only sale run via Liquid for the first week of the sale’s duration, rapidly boosting exposure with traders.

The total token volume for the XAYA main sale has been set at roughly 115 million CHI (XAYA’s native currency), at a base rate of 0.00002 BTC per CHI.  This currently works out to around $10 million.  The first 4 million CHI will boast a 15% bonus, and all sale participants will be awarded $10 worth of QASH tokens by Liquid.

XAYA’s exclusive deal with Liquid’s Market could be a game-changer in terms of spreading the word about it’s flagship product.  If XAYA lives up to its developers’ bold claims and carves out a niche in the gaming universe by establishing itself as a secure, convenient and reliable ecosystem with which to develop and publish new titles, this will not be the last we hear of the platform.