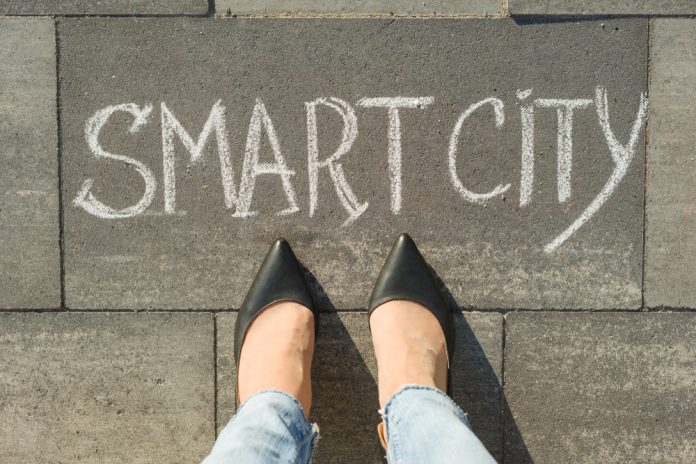 In the last decade, the term “smart city” has evolved from a geeky name drop opportunity, evoking Venus Project-esque undertones, to the gold standard of serious urban planning.

With the world’s population scratching the 8 billion mark from below, and urbanization rates at all-time highs, it’s not hard to see why city planners are pinning their hopes on Silicon Valley-styled solutions when it comes to the future of development. As John Wilmoth, Director of UN DESA’s Population Division, puts it:

“Managing urban areas has become one of the most important development challenges of the 21st century. Our success or failure in building sustainable cities will be a major factor in the success of the post-2015 UN development agenda.”

Smart cities are all about much-needed optimization. The optimization of traffic flows, resource utilization, garbage disposal, energy consumption and generation, and anything else that might influence urban planning and management. What makes smart cities such a unique 21st-century phenomenon, however, is that the proposed optimization is primarily data-driven – based on myriad sensors, data centers, and big data processing algorithms. In a somewhat cynical mindset, one could describe a smart city as a technocrat’s wet dream of automated administration – a black box that consumes data at one end, and spits out municipal planning decisions at the other. A bit like how Facebook and Google decide what ad to show you, or whose post will appear in your news feed. These events are not based on decisions per se, but rather on an ever-evolving, data-driven and semi-automated optimization process.

However, moving urban planning decisions from the public domain toward a black box filled with magic algorithms is a dangerous undertaking. Four years ago we all learned how easy it was for Facebook to tamper with its users’ moods by gently tweaking the mechanics of its news feed. This, by the way, is also a form of “optimization”. It’s the kind of optimization skilled marketeers and politicians know all about, namely the kind designed to affect consumer and voter behavior.

If Mr. Zuckerberg and his social engineers can calm you down simply by changing the mix of disaster voyeurism and your granny’s weekly Macramé showoff on your feed, how complicated would it be to do the same, or worse, by messing around with traffic lights and garbage trucks? This doesn’t need to be invasive, or even felt. In fact, the subtler, the better. Increasing a general sense of apathy a week before election day could be enough. Rest assured that given enough time, data, and machine learning resources, this could be easily accomplished.

Nevertheless, these somewhat paranoid ruminations are by no means reason enough to propel smart cities back into the realm of science fiction. With 7.5 billion mouths to feed, we simply don’t have the privilege of discarding technological progress just because things may go wrong. They’re going wrong already, and after all, the hair-raising effects of big data-driven planning stem from its chilling efficiency. It’s a degree of efficiency we’re not used to coping with; however, with global urbanization rates projected to reach 60% by 2030, we’d better be prepared to take calculated risks and work to mitigate potential hazards instead of throwing the baby out with the bathwater.

When it comes to smart cities, the bathwater consists mainly of the obscure silos in which public data might find itself stored, analyzed, and utilized. What scares us about data-hungry behemoths such as Facebook, Google, and possibly future renegade municipalities is not the amount of data they accumulate, but the fact that we – the subjects of this data – remain largely oblivious by design to the ways in which it is used to nudge us around, while hoping “do no evil” still applies.

Refreshingly, when it comes to best practices surrounding smart cities, the iron is still hot enough to be molded according to the liking of rightfully-paranoid transparency advocates. One technology that is often mentioned in this respect is the blockchain, or more generally, Distributed Ledger Technology (DLT).

Blockchains had their advent with cryptographic currency systems, most notably Bitcoin. However, when generalized, Distributed Ledgers constitute what is known as a “single source of truth”, meaning a record of events that is unforgeable and accessible to all. Essentially, more than anything else, blockchains are mechanisms to facilitate trust in open networks and an anti-hacking scheme, which has made them so successful in securing the honey pot which are decentralized digital cash systems.

In the realm of the Internet of Things (IoT), of which smart cities are essentially a subset, blockchains have long been considered the answer anytime security-sensitive simpletons like ourselves are concerned that our smart toaster might hijack the washing machine and demand a ransom. In fact, it seems that the blockchain industry adopted the IoT as its protégé a long time before it even had the chance to create the first homicide-by-smart-home grade security breach.

Deep-blockchain projects such as IOTA and IOTChain, as their names suggest, have built their entire business models around an IoT that has yet to come into existence. At this stage, securing safe and efficient micropayments, which are vital for a fully fledged Internet of Things, seems to be their main concern. Nevertheless, preventing smart appliances from being hacked and abused is getting more and more attention as the killer USP of these products.

However, in this family of use cases, blockchains are suggested as a means to safely control said toasters and washing machines, while preventing unsolicited access. When it comes to smart cities – which are essentially giant open-air smart homes – these concerns are of course valid as well, but as mentioned above, they are dwarfed by “Digital Good Governance” preoccupations.

This might come as a surprise to many, but the Mecca of the discussion around digital good governance for smart cities is the People’s Republic of China. The PRC might not be the first place that comes to mind when contemplating best practices, or how governments should treat their citizens’ data. Nonetheless, according to Deloitte, China is the world’s leader in smart city pilot projects. Over 1,000 smart city pilot projects are under construction worldwide, and China is home to about 500 of them. How to best manage and secure the petabytes of data running through these ambitious projects has become a practical problem for Chinese society, rather than a speculative thought experiment.

China is also home to one of the first projects successfully implementing blockchain technology for smart city safety and transparency. CyberVein, as it is called, is developing a blockchain-based database network that would allow the collection, processing, and storing of smart city data to occur on the blockchain itself, where it would remain accessible to public scrutiny.

Blockchains are notoriously hard to hack – some might even be bold enough to call them unhackable – which is obviously useful when it comes to the systems governing our public utilities. But more importantly, blockchains are also not controllable once up and running. Satoshi Nakamoto, the anonymous inventor of Bitcoin, couldn’t bring the network down or alter its behavior, even if they would make that their new life goal. In the same way, a blockchain-based database network, gathering and processing smart city data, would be extremely hard to weaponize against its denizens.

The solution proposed by CyberVein would also be ideal for the decentralization of the data collection and processing method itself. Instead of having a city government place all the sensors, collect all the data, and decide what to do with it, private and smaller public institutions would be monetarily incentivized to do their own collecting and processing and share their results on the public network.

This way, smart cities could develop more organically, as a cooperative effort of their residents to improve their lives with big data, AI, and machine learning technologies, rather than as a Facebook/Google-style scheme that offers its subjects amazing free products as long as they don’t get in the way.

Generally speaking, it would be fair to say that cities will become truly “smart” once the term “smart city” exits our vocabulary. We don’t call color TVs “color TVs” any longer for a reason. At some point, it will simply become obvious to use the enormous amount of data we have at hand to inform planning decisions and to optimize public utilities on the fly. The question is, will we make use of the data, or will the data make use of us?