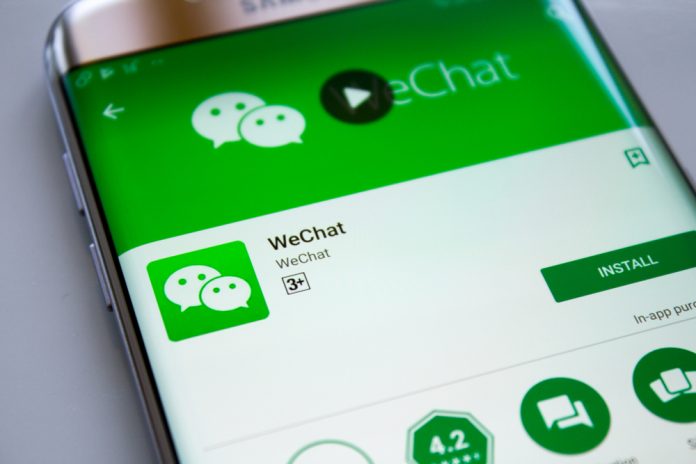 China has become a very hostile nation for cryptocurrency. It is a very worrisome trend, but it appears there is nothing that can be done about it. In another crackdown, the country is now targeting WeChat content pertaining to Bitcoin and other cryptocurrencies.

It is evident the ongoing ‘ban’ on cryptocurrency in China is causing all kinds of worrisome consequences. Although trading cryptocurrencies against one another is still allowed in the country, there is no convenient way of converting the Chinese yuan to either Bitcoin or altcoins as of right now. This situation has been in place for several months now, and it appears things will not be reversed anytime soon.

To make matters even worse, the Chinese government is now actively cracking down on any public discussion involving cryptocurrencies. WeChat has been forced to remove a lot of content and accounts in the past few weeks, although it is unclear if this was a one-time deal or something that will continue for the foreseeable future.

Because of this new harsh action, it appears cryptocurrency discussions are the next thing to be ‘banned’ in China. Under pressure from internet regulators, WeChat had virtually no other option but to comply with these demands. There were concerns that these accounts were involved in spreading news and rumors violating the Interim Provisions on the Development of Public Information Services for Instant Messaging Tools.

Some of the removed accounts were quite popular, all things considered. Huobi News is one of the victims, as it had three separate accounts shut down in quick succession. This harsh action shows there is still a hefty grudge against Bitcoin and other cryptocurrencies in China. This mainly stems from a lack of proper understanding of how this technology works and what it brings to the table.

It is evident Chinese officials are more intent on embracing blockchain technology than cryptocurrency itself. That comes as no real surprise, as this biased attitude has been clearly visible for several years now. By cracking down on companies active in this space, the government may very well achieve the completely opposite effect.

By going after public messaging tools such as WeChat, another point of no return has been reached by the Chinese government. It is evident censorship is more important to the government than letting people gain access to a new financial [timeline-express]paradigm. That is a very unfortunate situation, but things will only get worse from here on out.