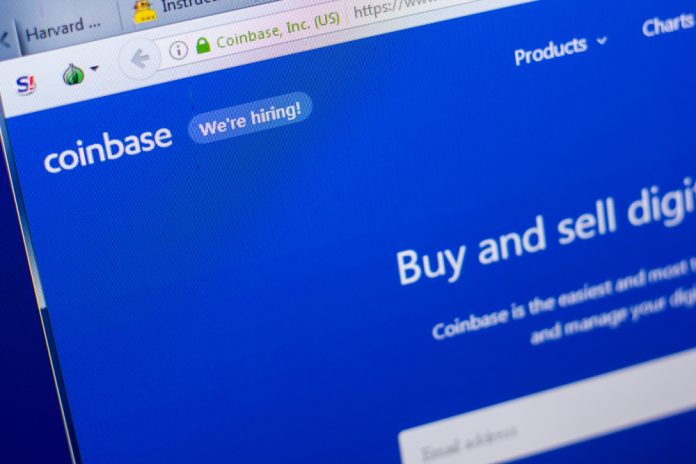 With the debate on which digital assets should be considered securities and which shouldn’t dominating the crypto universe in recent months, crypto exchanges are taking measures to align themselves with whichever way the law swings. Coinbase is leading in this race with a number of initiatives in recent months that include applying for a banking license as well as a brokerage license. And in its continued efforts to stay ahead of the pack, Coinbase has announced the acquisition of three key firms that will build on its efforts to become a regulated broker-dealer.

In a blog post on its Medium page, the San Francisco-based crypto exchange whose popularity in the US is ever-soaring announced that it will soon be able to offer blockchain-based securities, pending the approval of oversight bodies. This would put the exchange under the direct oversight of the Securities and Exchange Commission and the Financial Industry Regulatory Authority.

Coinbase acquired three firms whose focuses are on investment advising, brokerage, and alternative trading systems. The three, Keystone Capital Corp, Venovate Marketplace, and Digital Wealth LLC are the latest in a series of acquisitions by the exchange as it seeks to establish itself as the undisputed market leader, especially in the lucrative US market.

The acquisition of Keystone Capital is especially instrumental in light of evolving industry regulation. Keystone is a San Diego, California-based FINRA-registered broker-dealer firm which offers its users a simple and multifaceted platform to trade equities, options and digital securities. Once the acquisition is approved, Coinbase users will be able to trade digital assets that are categorized as securities. With the SEC chairman recently declaring that the regulator considers most digital tokens trading today to be securities, the acquisition couldn’t have come at a better time.

Coinbase president Asiff Hirji described the move as “an important moment for the crypto ecosystem, and yet another indication of the maturation of the crypto economy.” Coinbase will be able to diversify its product offerings to include securities trading, margin and over-the-counter trading, and new market data products, he added.

Coinbase views this as a first step toward realizing its vision of a fully tokenized world.

Ultimately, we can envision a world where we may even work with regulators to tokenize existing types of securities, bringing to this space the benefits of cryptocurrency-based markets — like 24/7 trading, real-time settlement, and chain-of-title. We believe this will democratize access to capital markets for companies and investors alike, lowering costs for all participants and bringing additional transparency and inclusion to the ecosystem.

The Race for Market Domination

Coinbase has continued to make moves to secure its position as a premier crypto marketplace. While it has yet to increase the number of cryptos that trade on its platform, it has rebranded its products and introduced new products that are aimed at new markets and solidifying its current market base. Currently, the exchange only offers Bitcoin, Litecoin, Ethereum, and Bitcoin Cash. In April, it announced its $100 million acquisition of Earn.com, a startup that uses a blockchain to power a paid email service. The acquisition also saw the CEO of Earn, Balaji Srinivasan, become the exchange’s first-ever chief technology officer. Other M&A’s by the exchange include Cipher Browser, a decentralized Ethereum wallet that merged with Coinbase’s own decentralized mobile browser, Toshi.

Coinbase is in a tight race with Circle Financial, the company that owns crypto exchange Poloniex. Circle recently applied for a federal banking license, a move Coinbase also took earlier this year. Circle CEO Jeremy Allaire revealed that the firm had also applied to become a registered brokerage and trading venue which, if approved by the SEC, would make it a direct competitor to Coinbase.