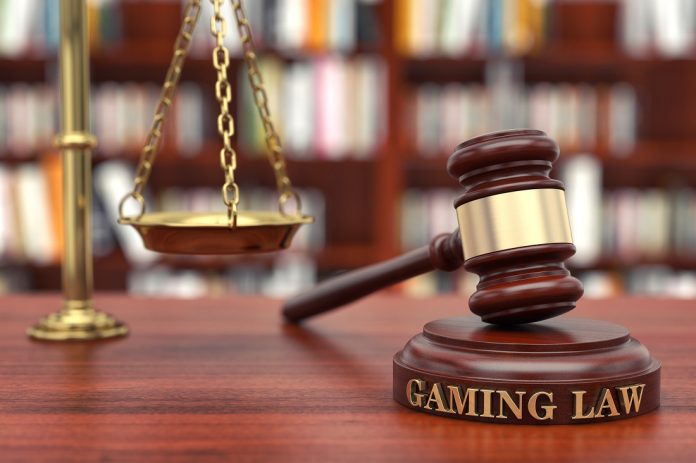 Gambling, given its very nature, has always had its fair share of complications with legalization and regulation as is evident by the evolution of gambling laws in countries all over the world. However, online gambling presents a nation or a state with plenty of opportunity to raise enormous funds by taxation on online gambling. This is predominantly why there is a pattern where even countries that initially prohibit online casino’s and online gambling in all its forms, later amend their gambling laws to regulate the industry instead of outlaw it completely. 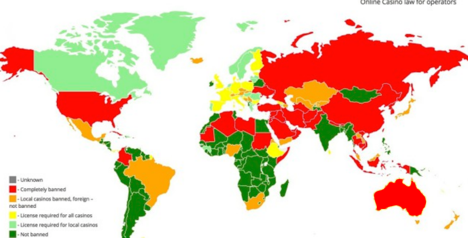 Too much red for our liking

With that, let us take a look at some countries that have or are in the process of regulating online gambling instead of outright banning it.

When online gambling is restricted by law, it does not effectively result in the cessation of online gambling. It results in an underground online casino market which is not a desirable situation at all. Such underground markets work on their own terms and players are even swindled out of their money while they play at such unregulated online casinos. Sweden has taken action to strangle the life out of their own unregulated, risky online casino market. In April of 2018, the Swedish Government adopted the bill titled “A re-regulated gambling market” which essentially brings in a new gambling act and licensing procedure or system.

The online real money gaming industry in Slovakia is set to get a much-needed boost come early 2019. The Government plans to relax restrictive online gambling laws, it is a work in progress currently and is set to be put into effect come the first quarter of 2019. The current legislation was drafted and published in 2005 so a revision of the laws has been due for a while now. Slovakia at the moment outlaws over 200 online casino domains, which include renowned casinos such as BET365 and 888 Casino, which are among some of the most trust worthy and reliable online casinos in the world. As of now, the online casino and online poker activity is the responsibility of TIPOS national lottery which is a state-run organization. Online casino operators based off-shores are prohibited to Slovakian players, and this ban is supposedly going to be lifted with the introduction of the revised bills that are tentatively due in March of 2019.

The Danske Spil is the Danish equivalent to the Slovakian TIPOS. They are a state owned and operated company that has been operational since nearly 70 years ago. The general consensus on the gambling laws of Denmark up until 2012 was that they were too tight and also not distinctive enough which allowed for a lot of ambiguity and gray areas. However, the new act that was introduced on the first day of 2012 has facilitated for smooth sailing with respect to online casino operators. In fact, this legislation and its skeletal structure is now being analyzed and adopted by other countries that also intend to loosen their gambling laws and yet maintain control through proper regulation.

Romania relies a fair bit on the income it makes through its online gambling industry. Therefore, they are very diligent when it comes to their gambling laws to ensure nothing is left to assumption. Like Denmark, Romania too had an outdated online gambling act which was revised and brought in accordance as per the requirements stipulated by the European Commission. These changes were introduced at the end of 2014 in Romania and it has had the desired results so far considering that online casino gambling has reached unprecedented levels in terms of revenue generated for the country.

The Greek Government made it official that works to revise and loosen online gambling laws were in the pipeline and only recently have details regarding what the new changes will be have surfaced. Considering that Greece have had a turmoil of a decade in terms of their GDP, statistics that the illegal gambling activities in Greece reached an estimated $5 billion was quick to turn heads and enough to compel the much needed change to relax gambling laws.

Some countries like Australia allow quality online casinos to offer gaming for their residents but the legalities are still being debated at the government level. Sites like AustraliaCasinoClub will constantly update their websites to allow you to access quality real money sites from your location.

Disclosure: This is a sponsored article and does not necessarily reflect the opinions or views held by any employees of NullTX. This is not investment, trading, or gambling advice. Always conduct your own independent research.