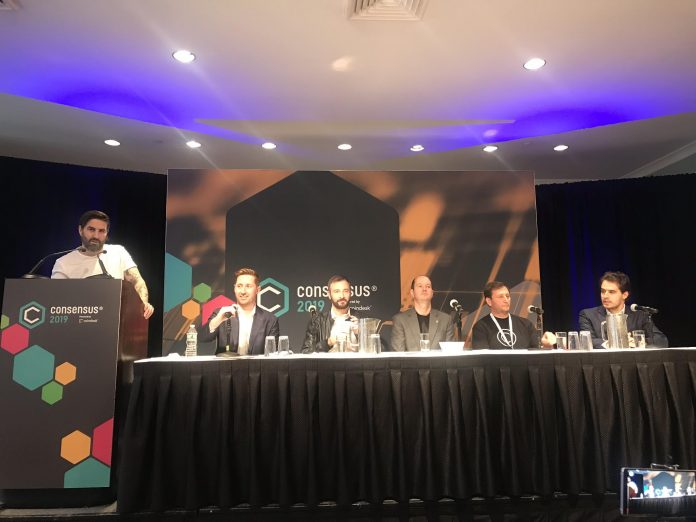 With the rapid growth of the cryptocurrency space, more and more niches and industries are seeing legitimate disruption from startups and projects leveraging blockchain. One such example is finance, or more specifically, lending. Collectively, billions of dollars worth of loans have been created, much of which took place in 2019 alone.

At Consensus 2019, SALT hosted a discussion panel with many of the industry leaders in crypto lending. Ben Yablon, co-founder and executive chairman at SALT, was joined by counterparts at Celsius Network, BlockFi, CRED, and Nexo to talk the future of lending and banking throughout the crypto space. Collectively, these companies are providing impressive interest rates on crypto deposits alongside competitive offers on crypto-collateralized loans.

The notion that banks are failing their consumers is one of the most often repeated conversation in the community, and for good reason. Beyond failing to service billions worldwide and taking massive advantage of those they do serve, banks have historically also been quite incompatible to crypto-friendly customers. Thousands have had accounts closed and services withdrawn due to suspicions of “crypto activity”.

In response, these startups have risen in an attempt to provide services for those in the space looking to receive financial services for their cryptocurrency holdings. And while they are all looking to disrupt the same banking industry, each project has different views on the niche they are coming into. Celsius Network’s motto is “unbanking the banks”, and the project’s CEO, Alex Mashinsky, is quite adamant about his desire to destroy the big banks completely.

SALT, however, takes a more conservative approach. “Are we going to destroy JP Morgan? I sure hope not. I’d like to see them innovate,” said Yablon, “The SALT model looks at the niche around consumer lending and a more traditional model initially, and an institutional model… that requires some level of centralization and regulated custody, as it always will,” he added, in an interview with NullTx.

Those in the space remain wary of these aggressive lending models, as it can be difficult to differentiate legitimate interest earning opportunities with scam alternatives that have persisted in crypto for years. There is some backing to these projects, though. While these startups don’t carry FDIC protections like their traditional counterparts, they have garnered customer insurance from other third party sources.

Other concern comes from the ideological impurities of these missions — a big concern is the lack of ownership of private keys for account holders. To that notion, Mashinsky responded, “I think we ran out of people who know how to store their keys… If everyone had to know how VOIP worked, three billion people wouldn’t be using it today.”

Despite these concerns, more and more individuals are trusting these companies with their holdings, and earning legitimate interest for doing so. Beyond that, they are receiving fiat loans at affordable rates, too.

This growth is happening alongside that of the Decentralized Finance (DeFi) initiatives, which are leveraging blockchain to facilitate these services in a peer-to-peer manner. Looking ahead, it’s still unclear as to what “wins out” in the long run, but Yablon isn’t concerned. “I think you’re going to have a blend of players that are market specific. I don’t think you ever see one clear winner that has mass adoption… There are so many good projects… I think many will get traction, maybe even a joining of forces in code over time.”

Regardless, as banking alternatives and DeFi initiatives grow alongside one another, and more and more individuals take advantage of superior services than the banks are providing, it seems very likely that the pressure from the crypto space will force banks to adapt or lose out on serious business in the years to come.