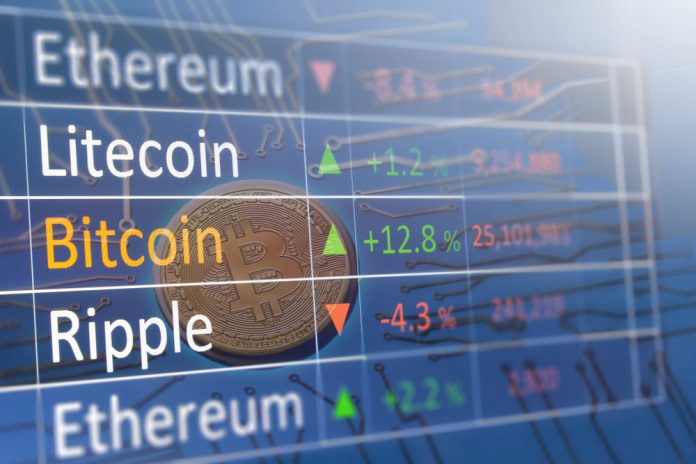 The first half of 2018 has been pretty interesting for all cryptocurrencies. Despite falling prices across the board, it is evident the current momentum does not favor some currencies. Looking at the bigger picture, not much has changed at the top, although a lot of currencies have switched positions outside of the top four.

The Crypto Rankings Tell a Tale

It has become rather apparent that the year 2018 may not feature another cryptocurrency bull run. Although it is still a bit too early to say for sure, the current trend seems to indicate that a value of $19,000 per Bitcoin will not be reached in the second half of 2018. Even so, that doesn’t mean cryptocurrency markets have become boring all of a sudden.

For a lot of people, it’s difficult to keep tabs on the bigger picture. Although doing so can be difficult, it is important to look beyond the most recent 24-hour price action. A lot of valuable lessons can be learned from the past six months, as the cryptocurrencies with potential are making their way to the forefront, whereas others are slowly disappearing into obscurity.

Nothing has changed for the top four coins over the past six months. Ranked by market capitalization, Bitcoin leads the pack, followed by Ethereum, XRP, and Bitcoin Cash. Former top-five currency Cardano is quickly losing ground, as it has fallen to eighth place. Its spot has been taken by EOS, followed by XLM. Both of those currencies rose four spots in the past six months despite the bearish pressure.

Litecoin is still among the top ten, despite dropping from sixth to seventh place. IOTA is making a strong case for itself, as it has maintained its position in the top 10 with relative ease. The list is rounded out by Tether’s USDT, which still sparks debate among cryptocurrency users. It is a very controversial asset, although it has proven to be beneficial to the cryptocurrency industry as a whole.

Outside of the top 10, a lot of changes are happening as well. TRON is in eleventh place compared to fourteenth six months prior. NEO is out of the top 10, having dropped to twelfth place. Monero is the only currency not to have noted any major change in the past six months, even though its market cap overtook that of Dash a while ago. Speaking of which, Dash is barely holding on to its position within the top 15 right now, whereas Ethereum Classic has made its way onto this list despite its rather high volatility.

Some notably absent coins among the top 15 include NEM – currently ranked 16th – and ICX, currently ranked 29th. Altcoins usually experience a lot more volatility than Bitcoin does. If the value of Bitcoin goes down, all other currencies will follow suit fairly quickly. There is a lot of red across all cryptocurrency charts, yet things will improve over time.