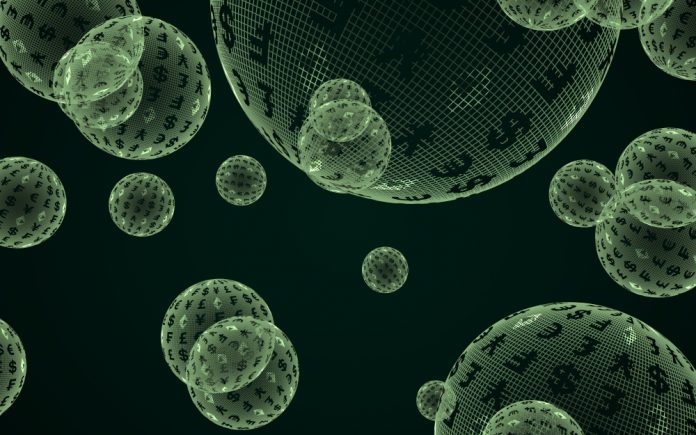 The crypto industry has experienced six big bubbles to date, with each being ‘more epic’ than the previous one. Each of these bubbles has brought more interest from developers and investors. This is according to Ethereum co-founder Joseph Lubin, who is also the founder of ConsenSys. In a recent interview, Lubin expressed optimism that the era of decentralized applications was only just beginning and that the volatility should not be misinterpreted as a sign of doom. Lubin also stated his firm belief that Ethereum will be one of the most important decentralized networks in the future and that despite the current scalability challenges, decentralized networks will run the world.

The Future Is Decentralized

Trader types – investors who are in the crypto industry to make quick bucks – are the perpetrators behind the recent price volatility, Lubin said. However, the market unpredictability is expected and has done little to deter the development of Ethereum and the other decentralized platforms.

It’s overwhelming what’s going on in terms of different product projects, in terms of new scalability technologies, developers that are entering our ecosystem, and new large companies that have gotten comfortable with our ecosystem.

The current market movement is a bubble, Lubin observed, stating that there have been six other bubbles, with the most recent occurring towards the end of last year.

We’ve seen six big bubbles, each more epic than the previous one, and each bubble is astonishing when they’re happening, but when you look back they look like pimples on a chart. With each of these bubbles, we have a tremendous surge of activity, and that’s what we’re seeing right now.

The bubbles are to be expected of any young industry, Lubin explained. During the dot-com era, the rate of development was much slower than it is today. This was the reason why there was just a single rapid rise, a drastic drop, and steady growth over time. With blockchain technology, development is rapid, which leads to quick rises and corrections. The rises are instrumental in attracting interest from developers, with Lubin noting that the developer community is “two orders of magnitude” bigger than it was eight months ago.

Scalability is one of the biggest challenges that decentralized networks face, but developments are ongoing to solve this. The Ethereum network currently processes about 20 transactions a second, but Lubin believes that the benefits of a decentralized network justify the speed. However, this is just a starting point, and there are already over 20 different projects that are working on improving the speed of transactions on the Ethereum network.

Not all current blockchain projects will survive, Lubin believes. However, more projects will be developed in the future as the market for decentralized networks grows. Ethereum will be central to this future, as its rate of growth is bigger than any other project’s. Trusted transactions, automated agreements, and smart software objects will be some of the features of the next phase of the internet, as well as decentralized storage and heavy computing.

Last year, Lubin’s ConsenSys cost just under $100 million to run, and he expects the figure to be higher this year. The New York-based Ethereum technology incubator has over 1,100 employees working in its enterprise and government consulting arm, education arm, capital markets solutions arm, and product focus arm.

Development is taking place on two fronts: one is building a decentralized World Wide Web, with the other having a corporate focus, Lubin added. Banking, supply chain management, and media content distribution are some of the industries that ConsenSys has been working with, and the uptake has been massive.