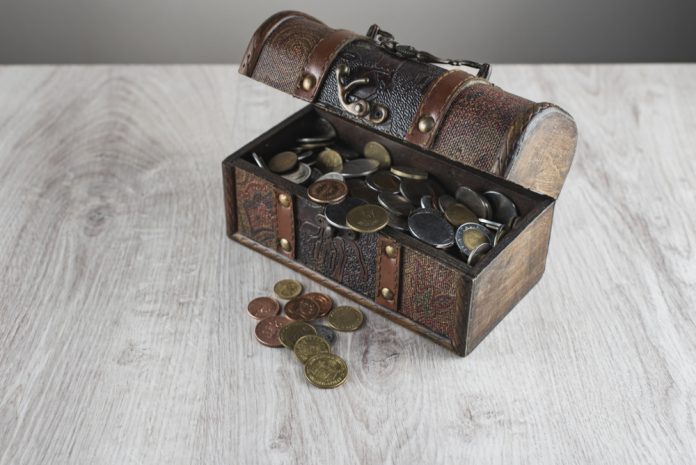 The pattern of projects issuing their own tokens and currencies willy-nilly has attracted a fair amount of criticism. A lot of ICO projects don’t need their own currencies, or even their own blockchains. Even so, there have been a few projects poking fun at this concept. Devolver Digital, a well-known game development studio, is joining the club by “issuing” something it calls Lootbox Coin.

Another Jab at Useless Coins and Tokens

Considering that over 6,000 different cryptocurrencies and ICO tokens exist at this time, one has to wonder how useful they will all be in the long run. The answer to that question is simple: not very. Most of them will disappear into obscurity, as they serve no real purpose in the end. Even so, new coins, hard forks, airdrops, and tokens continue to launch in the cryptocurrency industry virtually every other week. This dilutes the overall ecosystem and makes it seem far less professional.

It is only to be expected that this trend would irk a lot of people. Others will gladly make fun of this ongoing hype. In the case of video game developer Devolver Digital, they have introduced a new currency known as Lootbox Coin. While clearly a joke first and foremost, they did price it at $150, even though it offers absolutely no advantages and serves no purpose whatsoever.

According to the company, Lootbox Coin is the “officially unofficial coin from Devolver Digital”. That description alone makes the intention of this product pretty clear. In a way, it pokes some fun at ICO tokens, as they are also the “officially unofficial” currencies of such projects. It’s a very interesting concept, and it is not unlikely that some people will try to buy this currency regardless.

The currency was officially presented by Devolver Digital during their 2018 E3 press conference. However, the team made it clear this new coin has no official value, nor is it a cryptocurrency (or any other sort of currency, for that matter). Clearly, buying this coin serves no purpose, just like it serves no purpose to buy cryptocurrencies or ICO tokens until the projects in question come to market. Unfortunately, that is not how most investors and speculators see it these days.

The Devolver Digital team takes things one step further by claiming that users are “insane to really buy it” unless they want to pledge their undying loyalty to the company. That would be a very unique way of supporting video game developers, but it remains to be seen how things will play out.

Perhaps the most important takeaway from all this is that Devolver Digital is making its stance on lootboxes in video games quite clear. The video gaming industry has been marred by lootboxes, which can usually be purchased with real money. As such, the company is clearly taking a stand against lootboxes and useless cryptocurrencies at the same time. It’s a very remarkable development which a lot of people certainly appreciate.