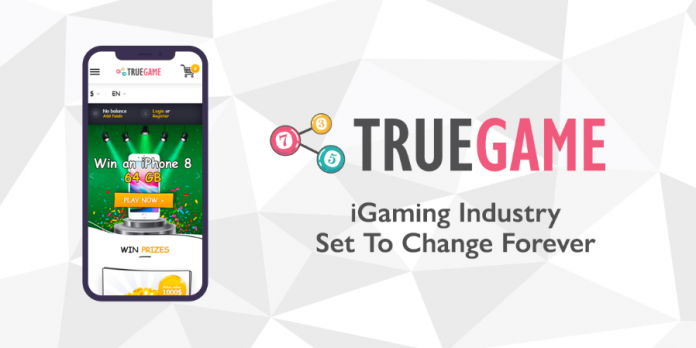 This is the niche that Truegame wants to fill, as the first to offer a variety of gaming sites and applications that are based upon smart contracts allowing for results to be transparent on the blockchain open registry. It is evident Truegame means business as they have applied for gambling licenses, in addition a Curacao license is on the horizon, alongside licenses in other areas.

Truthful Games with the Truegame Platform

Gamers will have the ability to purchase Truegame’s very own token the TGAME to advance with games on their website and soon-to-come mobile apps. These games include the core gambling games such as slots, scratch cards and lotteries including other instant win games.

Due to the backbone of these games being on the blockchain, users can trust the integrity of the games as they have the power to view what’s going on for themselves. This provides users with the assurance that they are not being scammed and are being offered a fair chance at winning a prize.

“In an age where player protection is under increasing scrutiny and the integrity of some of the world’s biggest gaming operators is under regular question, we saw the huge potential for an iGaming model where there is complete transparency between the player and the ‘house’.

Truegame is on a roll

The project has been well received by various sources from the Blockchain community. It has collected the highest rating available from ICO Trackers and has been backed by the COO of bitcoin.com, Mate Tokay.

Furthermore, TrueGame has received the support from members of the iGaming community with numerous prominent figures advising on the project including the COO of Gluck Games Arvind Upadhyay, Gamevy CEO, Robert Lenzhofer and Andrew Clarke a former senior figure at Lottoland.

The next step on TrueGame’s bucket list is to undergo a marketing campaign as the company aims to gain a significant portion of the market share.

“We are the first to launch a working iGaming platform that is based on smart contract technology and we will move fast and work hard to ensure we gain market share in what will become a strong and competitive marketplace in years to come; one that could rival and even eventually surpass the iGaming industry as we currently know it.”

Gaming with the TGAME Token

The TGAME token is a utility token which allows players to participate in their chosen games. The token sale for said token held the top ranking for the highest rating on the majority of ICO trackers including ICO Bench: 4.8/5 with reviews coming from 96 experts and the ICO Rating Agency who deemed the project to be “low risk”.