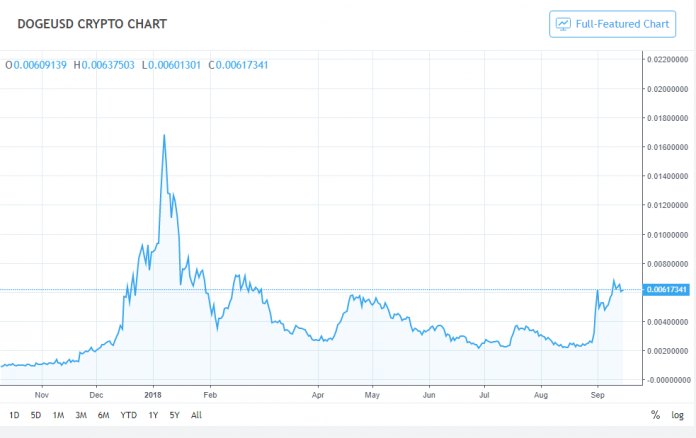 At press time, Dogecoin – the currency that started out as a joke and uses a cute little Shiba Inu as its mascot – is trading for about $0.0024. This is about $0.0012 less than where it stood just a few days ago, and the currency is moving down the financial ladder.

Still, the currency is doing much stronger than most other altcoins. Roughly 111 billion coins are in circulation, while Dogecoin’s daily trading volume exceeds $21 million. 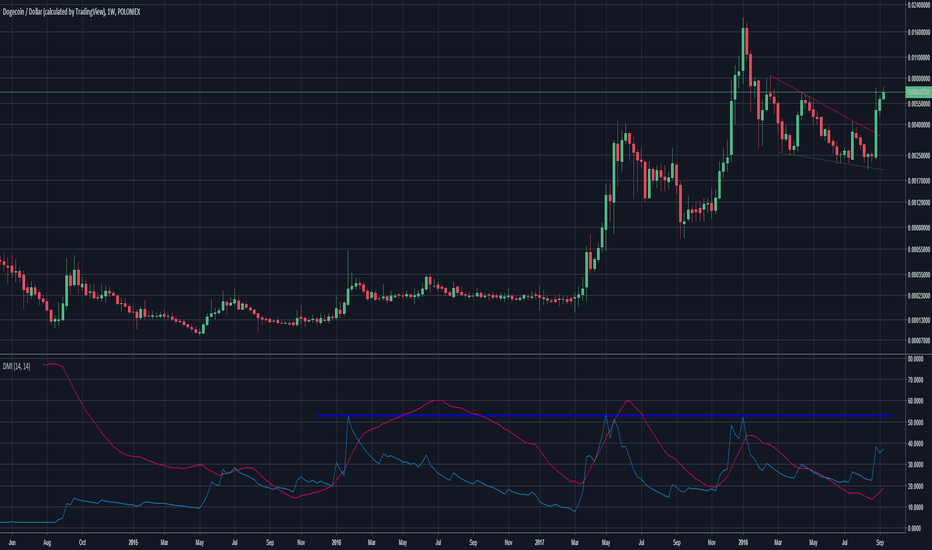 Everything seems to have changed in August, when it was revealed that developers were working on what they called Dogethereum, a combo platform designed to fuse Dogecoin with Ethereum’s smart contract capabilities. Basically, users will be able to exchange Dogecoin for Ethereum tokens and vice versa on digital currency exchanges once the application is up and running.

Overall, Dogecoin was one of the crypto space’s best performing currencies last month. While entities like Ethereum and bitcoin were deep in the red, Dogecoin was busily adding to its reputation and value – so much so that research firm On Chain FX stated that the currency had jumped by roughly 160 percent between the beginning and end of August, with the bulk happening during the month’s final week.

Between August 29 and September 1 alone, the currency jumped up by approximately 150 percent, from $0.0026 to $0.0065, and Dogecoin’s valuation went from a whopping $300 billion to an even more impressive $763 billion. Presently, the currency’s total valuation is about $739 billion.

While Dogethereum has a lot to do with the currency’s newfound popularity, there are other elements contributing to its success as well. For example, Dogecoin was recently added to the trading app Robinhood – a stock trading platform designed for millennials and younger generations.

Jackson Palmer – the Australian entrepreneur widely accredited for bringing Dogecoin to life – also believes plain old speculation may have had something to do with the currency’s rise to fame. In a recent Motherboard post, Palmer explains:

“Dogecoin’s valuation is the result of market mania that has resulted in inexperienced investors buying up low-priced assets on a whim hoping that they will follow bitcoin’s meteoric trajectory.”

What’s interesting is that despite its success, Dogecoin doesn’t seem to share the ambitions of most other altcoins. While other digital monies have sought to disrupt the financial system and bring about monetary revolution, Dogecoin has seemingly taken a back seat. It possesses no whitepaper, and the website for the coin jokes that it’s the preferred currency of Shiba Inus – the dog breed that currently serves as its mascot.

However, it appears that while its executives aren’t serious about the currency’s growth, newfound investors certainly are.