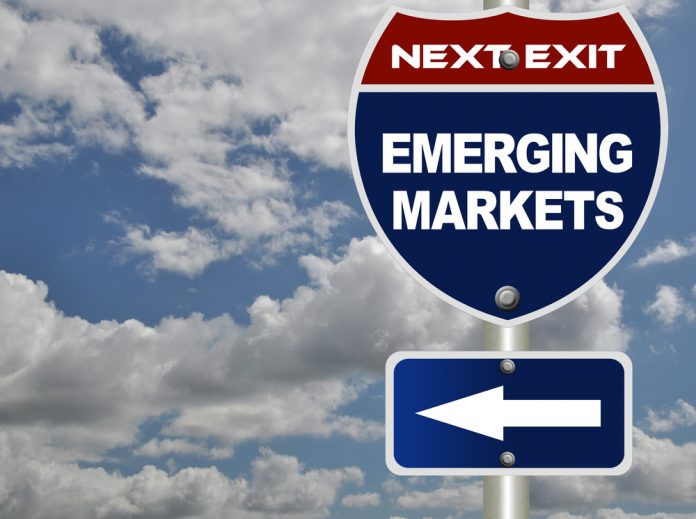 Mining and network effects affect the price of Bitcoin, but according to Tom Lee, the biggest determinant of Bitcoin’s price movement is the emerging markets. In a recent interview, the Bitcoin researcher from Fundstrat Global Advisors stated that the economic factors at play in emerging markets have had the biggest effect on the price of Bitcoin, with the two markets running parallel to one another. Basing his observation on the MSCI Emerging Markets Index, Lee observed that the two markets were on a steady rise from the beginning of 2017, peaked towards the end of the year, and have been on a downward trajectory since.

Emerging markets have been overlooked as the prime movers of Bitcoin’s price, but according to Lee, they are the biggest determinants of the BTC price movement. This is primarily for two reasons, he explained in a recent interview on CNBC. The first is that emerging markets dictate the actions of hedge funds which are some of the biggest price movers in the crypto world. Hedge funds typically rent emerging market stocks, he explained, and when they are ‘risk off,’ Bitcoin’s price suffers.

The second factor is the wealth effect, the change in spending that accompanies a change in perceived wealth.

If you’re living in an emerging market and you see your stock market fall hugely, it means you have a lot less money to buy bitcoin. That affects the network effect because you can’t buy bitcoin.

Lee based his observations on the MSCI Emerging Markets Index, an index created by Morgan Stanley Capital International that measures the performance of equity markets in the global emerging markets.

Lee’s observation suggests that hedge funds and emerging markets are the biggest drivers of the Bitcoin price. This is contrary to previous beliefs held by many that the leading economies such as the U.S., China, and Japan have been the forces behind the market. It also debunks the widely-held myth that institutional capital has shied away from the market owing to its volatility.

I think on the margin, exchanges like BitMEX have attracted macro hedge funds. So I do think hedge funds are playing a role right now, and until we get other on-ramps, they are really incremental demands for crypto.

Hedge funds have progressively changed their stance on cryptos in large part because of new analyst hires. Lee stated that most of the people being hired by hedge funds are young and fresh from college and are thus interested in crypto. This gradually rubs off on the rest of the company, and it thus invests in crypto. It’s, however, still difficult for these institutions to go all in on the crypto industry as there are some fundamental issues that have yet to be addressed.

The first challenge is the storage of the cryptos, with many investors not being comfortable with the hedge funds taking custody. The second is understanding the valuation models, owing to the insufficiency of market research availed to the hedge funds.

Despite the negative market momentum for the better part of the year, Lee still believes Bitcoin could make a rally before the year ends. Bitcoin has continued to fight to stay above the $6,500 mark despite a flurry of negative and bearish news that have come its way. In the last week alone, the SEC has rejected ETF applications which the market has eagerly awaited all year, and China further clamped down on crypto activities, forcing major payment channels like Alipay and Tencent to close accounts belonging to crypto entities.

Asked if he still stood by his prediction that Bitcoin’s price would hit at least $20,000 before the year ends, Lee stated that he remains confident as it only takes about 10 days for Bitcoin to rally.