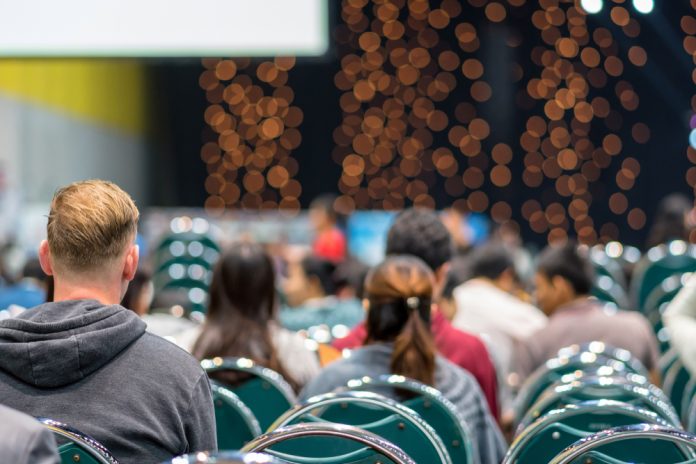 For cryptocurrency insiders suffering from conference fatigue, it might be tempting to block out your agenda for the rest of the fall. With many of the heavy hitters like Consensus already over, don’t be fooled into thinking you’ve seen this year’s best. In an industry moving faster than a bullet train, there’s plenty of new developments to come.

And for those delegates who’ve already racked up enough air miles traveling to the States and Asia, it’s time their international counterparts ventured to the old continent. Check out the top five blockchain conferences still to come in Europe this fall.

As part of a global series, the World Blockchain Forum in London next month looks set to meet its usual high standards. Past events in New York and Dubai have included speakers from Vitalik Buterin to John McAfee. And visitors to the London event can look forward to keynotes from the likes of Ethereum Co-founder and Jaxx CEO Anthony Di Iorio, and Vanessa Grellet, Executive Director at ConsenSys.

The speaker lineup may not be quite as sexy as some of its past events, but the meaty subject matter more than makes up for it. WBF London will focus on the ever-controversial topic of regulation, the future of ICOs, and – specifically – what to expect from the emergence of STOs. If you’re Europe-based or Europe-bound, don’t miss WBF London.

Swiss Crypto Summit makes its third appearance this October as the alpine country continues to uphold its title as the Crypto Nation. With more than 200 blockchain companies in the Crypto Valley of Zug and clear ICO guidelines from financial market supervisory authority FINMA, Switzerland is primed to lead the regulation conversation.

Past speakers at Crypto Summit have included Alex Tapscott (Blockchain Research Institute) and Ledger’s CEO, Eric Larchevêque. This fall’s event promises to be bigger and better with more than 2,000 delegates, 120+ speakers, and at least three new tracks. Expect some hotly contested debates ranging from the dwindling dominance of Ethereum, to asset tokenization, and the best jurisdiction in which to run your crypto company.

The tiny island with the huge ambition is blazing the trail when it comes to innovative regulation. And the Malta Blockchain Summit looks to be an informative, progressive, and insightful event. Speaking at the conference will be Maltese Prime Minister Hon. Joseph Muscat as well as many key members of the Malta Blockchain Taskforce.

On top of the obvious focus on regulation, expect plenty more besides, from ICO pitches to a blockchain hackathon. There will also be a lot of talk on other emerging technologies and their governance, including AI, IoT, and quantum technology, making it clear that Malta’s not only looking to lead the way on blockchain but on innovation in general.

Already known as the world’s largest technology conference, Web Summit Lisbon will deliver over 1,200 speakers and 70,000 attendees. Straddling areas as diverse as social media, fintech, cryptocurrency, entertainment, and lawmaking, rub shoulders with some of the tech world’s biggest names in the cobbled streets of Lisbon.

Labeled by Forbes as the “best tech conference on the planet,” Web Summit has more to offer than your average crypto conference. With confirmed speakers including Ethereum Founder Joseph Lubin, Samsung President Young Sohn, and Twitter Founder Evan Williams, it’s an event not to be missed. There will even be a keynote from ex-Barcelona soccer player Ronaldinho. Get ready for an action-packed three days of speeches, panels, pitches, and parties.

Confirmed speakers include Ripple VP Jeremy Light and Prince Michael of Liechtenstein (another European nation leading the pack in the crypto-friendly race). Expect interesting panels, networking opportunities, and some serious talks about what’s to come in this informative two-day event.

While a lot of crypto’s best conferences take place stateside, Europe isn’t lagging behind. In fact, with regulation the topic du jour in 2018, don’t miss out on the events and the people moving things forward.