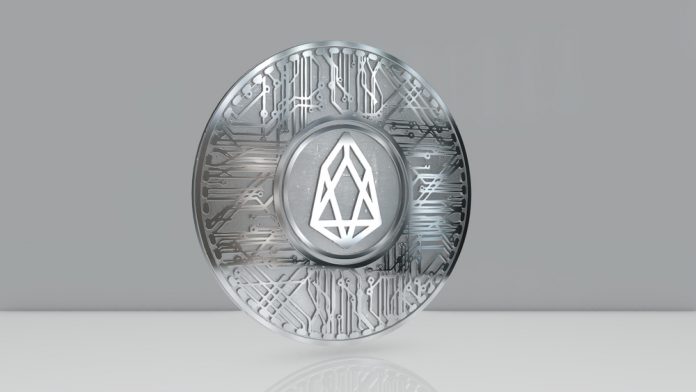 When the overall cryptocurrency market sentiment sours a bit, it is only normal some projects lose more value than others. Whereas most people have high hopes for Bitcoin, it seems the current momentum doesn’t warrant too much optimism. The EOS price is also going down significantly, but that was somewhat to be expected.

In the cryptocurrency world, virtually all markets rely on Bitcoin in one way or another. Most of the time, that allows altcoins to turn bullish when Bitcoin does much of the same. However, if the world’s leading cryptocurrency turns bearish, it is only normal all of the other cryptocurrencies will do the same. EOS is a clear example of how dire things can get in quick succession.

Over the past 24 hours, there has been a drastic change where the EOS price is concerned. Following a steep 4.5% drop in both USD and BTC value, it would appear all of the positive momentum has been eroded. That in itself will pose a few challenges of its own in terms of value recovery. With a current value of $2.8 and a BTC value of 0.00077 BTC, things could be far worse for this popular token.

One of the latest projects built on top of the EOS blockchain goes by the name of Karma. It is a new dApp which aims to build a different breed of social network to incentivize people to do good in the world. Steady Coins shared an interesting image of how this looks in most people’s minds, even though the reality is hopefully very different.

Is this how KARMA dapp works?@karmaapp_io No offence, just a thought. 💭 #dapp #EOS pic.twitter.com/FaLXpbnlOh

There is a very intriguing EOS-related development as far as block producer guidelines are concerned. EOS42 has confirmed the regproducer contract will be rewritten to define more explicit procedures to bring Block producers together. It is a pretty substantial development for the ecosystem as a whole. It will not necessarily impact the price, yet it confirms the project is still under active development at this time.

In rewriting the regproducer contract we aim to define explicit procedures to help bring Block Producers together in the mutual pursuit of providing the premiere multipurpose platform for decentralized applications. https://t.co/TCjb6nbmQ1

When it comes to dealing with the current value decline, multiple options are available. Some traders will cost average down, whereas others will seek alternative options. Arbitrage trading with EOS can be quite lucrative today, as a fair few different exchanges have a decent spread between them. As such, there is still some good money to be made where this altcoin is concerned.

All of the signs point toward a positive future for EOS, even if the current price might not necessarily reflect it all that well. With ongoing developments behind the scenes and new dApps being built on a regular basis, EOS appears to be in a very good place. It is still in the market cap top 5 as well, although the competition with Litecoin will continue to rage on for quite some time to come.