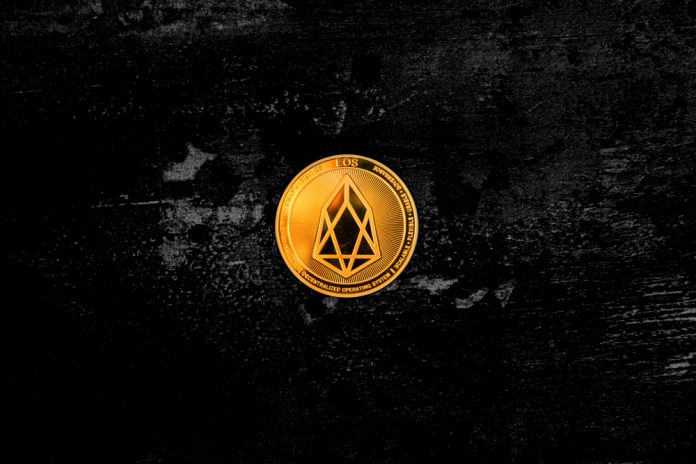 Even though Bitcoin still shows no signs of slowing down, the top alternative markets wouldn’t mind to see things turn around ever so slightly. More specifically, all of the top altcoins are still in the red, with the EOS price drifting slightly lower every hour. Even though its current price point is still more than acceptable, one has to wonder how things will evolve over the next few hours and days.

Even though it is far from uncommon to see altcoins lose value when Bitcoin goes on a tear, it remains to be seen if and when things will turn around for EOS and its “competitors”. As of right now, Bitcoin seems to be struggling slightly on the hourly chart, thus it is possible there may be some relief for the altcoins out there. For EOS, things are not looking too great right now, but it seems unlikely the price will drop below $4.5 anytime soon.

Over the past day or so, the EOS price has dropped by 4.24% down to $5.13. There is also a 5.2% decline in EOS/BTC, which will undoubtedly put a lot of strain on the USD side of the spectrum as well. With one EOS now valued at 91,582 Satoshi, it would appear things will get pretty interesting in the days to come. Reclaiming the 0.001 BTC level would be a big step in the right direction for this particular altcoin.

The big EOS-related news of the week so far is how this ecosystem has – finally – surpassed 1 million accounts. That in itself is a remarkable turn of events, although it may only be a sign of what is yet to come. There is a notable increase in accounts over the past few days, as 30,000 of these accounts were registered in the past 26 hours. Very interesting developments, which could easily warrant a price increase in the coming days and weeks.

There is also an interesting proposal by EOS New York which would involve the burning of a significant amount of EOS tokens. The group proposes this course of action to burn all of the eosio.saving to eosio.forum. While token burns can often influence the price of said token, it seems rather unlikely this will be the case for EOS. Most of the Twitter community appears in favor of burning the coins, but the proposal has yet to be approved.

Per the EUA, a non-binding proposal has been made to post a notice of the intention of eosio.prods to burn the entirety of eosio.saving to https://t.co/kMiMjcw5px. This is a burn of over 33MM EOS tokens. What do you think? https://t.co/pJnhm3Ip6T

Last but not least, it would appear some people are taking offense to Huobi Wallet officially supporting EOS and the airdrops taking place as part of that ecosystem. As EOS holders can claim their BG tokens as of right now, it seems Zack Williams is mad because Huobi Wallet never tried to support Steem in such a manner. Not all ecosystems will gain the same level of support of respect, which is only normal in this industry these days.

you never wanted to be involved with the #steem community and now your trying to suck resources out of the #eos ecosystem WHY do we need you huobi?

When looking at all of the other markets, it seems EOS is not off worse compared to some of its competitors. However, with the recent account milestone being reached, one would expect things to improve in that particular department. There is more than enough trading volume to make interesting things happen, although it will mainly depend on what the future will hold for Bitcoin as well.