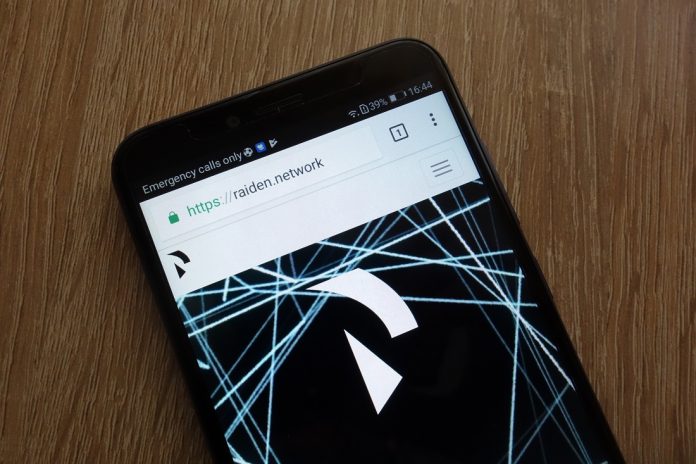 There are plenty of potential developments which can make Ethereum a more versatile and robust cryptocurrency project. Scaling remains its main problem, albeit that can be said about most currencies and digital assets on the market. Raiden, one of the heavily touted solutions has now made its way to the Ethereum mainnet. At least, the Red Eyes release has done so.

It has been a while since people actively discussed the Raiden Network. Once touted as a major breakthrough for Ethereum in terms of both development and scaling, it has become far less of a hot topic than people would assume. Originally introduced several years ago, it has taken some time to get this project even close to release ready. Not abnormal in this industry by any means, though.

Fast forward to this week and it appears the Raiden Network is finally making its way to the Ethereum network. Via the recently announced Red Eyes release, it serves as an alpha testing release. There are still some potential security issues to contend with first and foremost, although the developers are fully aware of the potential shortcomings.

We are excited to announce that the alpha testing release “Red Eyes” of the Raiden Network is now live on the Ethereum mainnet! https://t.co/iJnAMn68Hp

The Raiden team also point out the current release is not even close to being production-ready. While an alpha test can yield a lot of viable information to achieve that goal in the future, interested parties would do best to keep their expectations modest for the time being. This is only the first version of the Raiden Network and the final product may be very different from the Red Eyes release.

In this alpha version, users can begin experimenting with smart contracts and the core protocol. A dedicated bug bounty campaign has also been set up to let users report any potential issues along the way. There will undoubtedly be bugs and kinks to be worked out along the way, which is only normal for such an alpha release. The introduction of Ethereum-based payment channels is not something that can be taken lightly.

Among the features to test out are the payment channels, the Matrix transport protocol for messaging, and a REST API for all functionalities, among other things. To access these features, users will need to download the most recent Raiden Network release and follow the setup steps outlined on this page. Although a new WebUI is included in this release, it may still be a bit cumbersome for most everyday users to set up right now.

All in all, this is very positive news for the Raiden Network team and Ethereum enthusiasts around the world. Scaling this network to new heights is direly needed and this alphas release brings that idea one step closer to being realized. Although there is still a ton of work to be done in the coming months, this early release is a promising sign, all things considered.