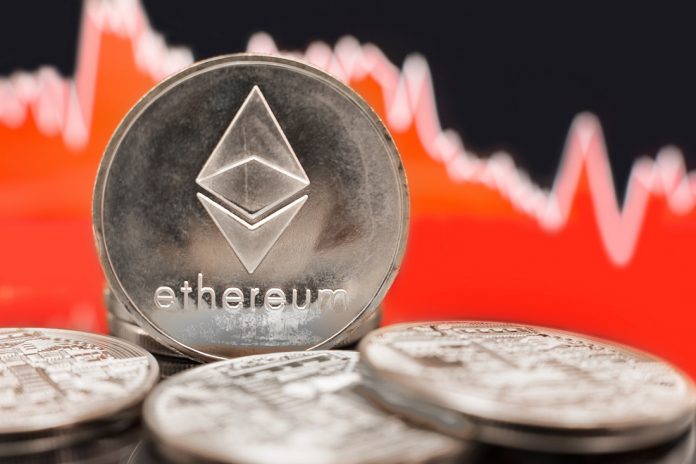 A lot of things happen in the cryptocurrency world every single week. Most of those developments gain some form of traction, whereas most traders and speculators tend to ignore everything else. In the case of Ethereum, its hard fork seemingly went off without a hitch. However, it has not affected the Ethereum price in a positive manner, as a drop to $125 looms ahead.

Ethereum Price is Struggling for Traction

When Bitcoin loses value out of the blue, the other markets will mimic that momentum for at least a few hours. Even the giants like Ethereum will lose value simply because Bitcoin is slipping. This has been a very awkward and annoying correlation between all currencies, although it seems unlikely any major changes should be expected in the near future.  Even today, it seems the bearish momentum will dominate all markets with relative ease.

Just by looking at the current Ethereum price, one can see things are not heading in the right direction. A 5% drop in USD value is not the best way to start off a new week. Because of this drop to $128.39, it is very likely to assume ETH will reach $125 later today. There is also a 2.6% loss in ETH/BTC, driving this ratio down to 0.03411 BTC. Losing ground in USD value and to Bitcoin at the same time is often a recipe for short-term volatility.

As has been the case for a few weeks now, these markets do not suffer from a decrease in overall trading volume when the momentum sours. That in itself has always been interesting to keep an eye on. Even where ETH is concerned, its volume sits at $3.7bn and shows no real signs of slowing down. Unfortunately, it seems the majority of traders right now want to sell ETH rather than buying it.

The big news involving Ethereum last week is how the project successfully pulled off its Constantinople hard fork. After hitting some snags on the testnet earlier, it seems all of the kinks have been worked out in the process. While some people expected the fork to drive the price higher, that hasn’t materialized as of yet. Even so, a protocol upgrade hardly ever triggers a price change when it goes live.

3) Swiss private bank to offer its clients access to #crypto

A lot of traders are seemingly looking at this ETH price drop as an opportunity to accumulate more Ether. Cost-averaging down one’s portfolio is a good way to ensure profits can materialize later on. With Ethereum, these drops have become a bit more frequent as of late, as breaking through the $140 resistance in a decisive manner has proven rather difficult. It is the fourth time in a row the value dips pretty sharply after some promising upward momentum.

While some people may see the current price fluctuation as a reason to get worried, it seems unlikely any real harm will be done in the coming hours and days. A sudden price drop is never fun to look at, but there is nothing one can do about it as of right now. As long as Bitcoin doesn’t drop off a cliff, most of the alternative markets should be able to minimize their losses first and foremost. Ethereum is usually rather resilient, although one never knows how this round may play out.