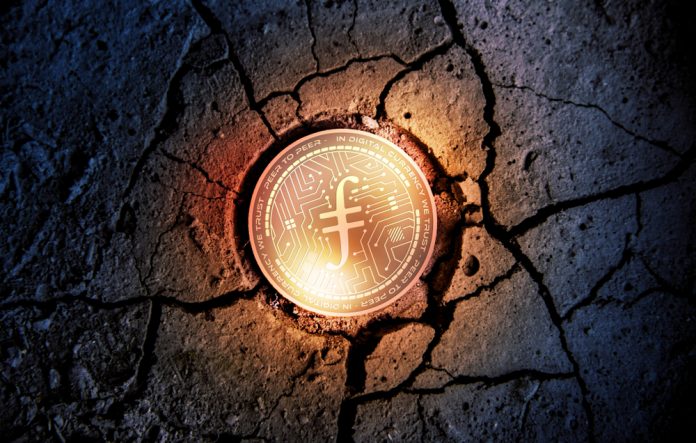 Filecoin intends to launch its decentralized storage mainnet in mid-2019, the company revealed in its Q1 and Q2 update on August 28. The mainnet launch will be preceded by the launch of the first public Filecoin testnet slated for Q4 2018 during which the go-filecoin nodes will be tested vigorously to ensure that they can support the huge amount of data expected to come their way. The company also announced that it will open its GitHub repositories towards the end of this year, giving developers access to its code, and asked any developer interested in developing applications on the platform to take advantage of the opportunity. Filecoin set a new fundraising record in 2017, ending the year as one of the biggest ICOs, and the mainnet launch has been eagerly awaited since.

Filecoin’s journey towards launching its mainnet will begin with publishing the demos which will give its community an insight into the features of go-filecoin. It shall then invite selected contributors and collaborators whose main goal will be to improve the documentation and make preparations for a public release.

Towards the end of the year, Filecoin shall open its GitHub repositories hosting its go-filecoin implementation and related tools. The company requested all developers who are interested in contributing to its platform or in developing applications on it to take full advantage of this. Opening up the repositories will slow down the implementation as the development team will have to respond to developers’ concerns, the company admitted on the update. However, in the long run, it will speed up the implementation pace as there will be a bigger community of developers working to improve the platform.

Filecoin expects to also launch its first public testnet before the end of Q1 next year. This will test the nodes in the network which will be scaled up gradually, starting with a few hundred and raising the number to tens of thousands. Upon successful completion of the testnet, a security review and audit and bug fixing, the mainnet shall be ready for launch. Filecoin however cautioned its community, reminding it that there may be unforeseen challenges that could the set dates further.

The update also cautioned the community against buying Filecoin mining machines which are on the market as it’s yet to release the specifications for its mining hardware and the machines might end up suboptimal. The company has delayed the release of the mining specifications as it wants to ensure that it puts into account the latest technology such as Proof of Replication to ensure that the energy and hardware requirements are minimal. Investors were also cautioned against buying into Filecoin SAFTs and tokens.

Remember that the Filecoin token will not be live until network launch, and all the transfer restrictions and other terms of the SAFT still apply. Therefore, any exchange or seller that lists or offers Filecoin, IPFS tokens or related derivatives is likely fraudulent

Promising a decentralized storage network that rewards users with tokens for renting out storage space, Filecoin grabbed the headlines in August 2017 after it raised $200 million in 60 minutes to set a then-record for an ICO. The ICO was marred by technical issues, with the fundraising website becoming slow and eventually unresponsive after just an hour. However, it became the biggest ICO raising over $250 million, taking over the previous $230 million record set by Tezos. Some notable VC firms invested over $50 million in the project including Andreessen Horowitz and Union Square Ventures and Sequoia Capital.