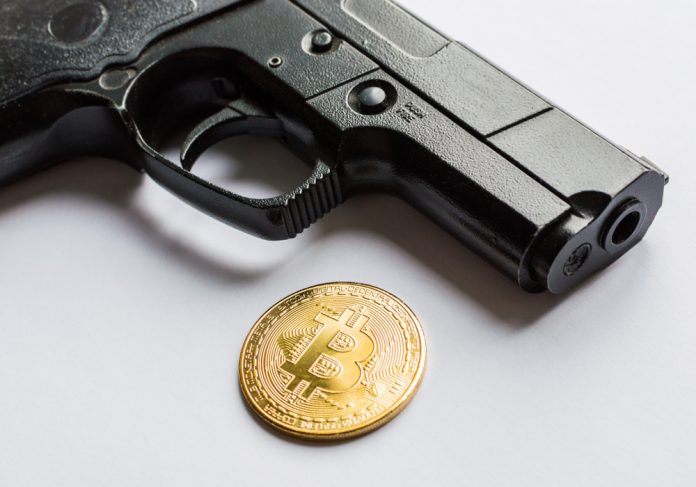 Finding new use cases for Bitcoin and other cryptocurrencies has not been easy or straightforward. It now seems a new potential use case is on the horizon, as the gun industry is getting fed up with bankers’ attitudes.

Most people will agree Bitcoin and other cryptocurrencies do not have the best of reputations in this day and age. More often than not, that type of currency is associated with illicit activity, ranging from hacking to malware and even buying illegal guns or drugs on the darknet. Little has been done to change the public’s perception of Bitcoin in this regard, although new use cases for cryptocurrencies have been uncovered over the years.

Bringing these illegal uses of Bitcoin over to the legal side of the spectrum could introduce some positive changes. Although it remains to be seen if the gun industry will show any interest in Bitcoin or other cryptocurrencies, there are some good reasons for them to explore this option. As of right now, various payment processors and banks are actively avoiding dealing with any person or company involved in the gun industry.

A lot of payment processors and banks have policies which prevent them from servicing clients involved in the making of firearms. Given the large number of shootings across America over the past few years, the general public has begun placing a lot more scrutiny on the gun industry as a whole. This has forced banks and other financial service providers to take a more aggressive stance against this industry, which causes a lot of problems for the legitimate companies in this sector.

For its part, the firearms industry is concerned that these financial firms’ efforts undermine the Second Amendment. While that is a matter of debate among industry experts, it is quite interesting to see how banks are preventing gun dealers and manufacturers from conducting their business. It is only natural that there is a fair amount of skepticism toward this industry, although gun violence can only be blamed on the individuals using these tools for less-than-legitimate purposes.

With all of these financial issues going on, a new potential use case for cryptocurrencies has been created. While it remains to be seen whether or not any gun companies will decide to experiment with Bitcoin in this regard, opportunities like these need to be embraced whenever possible. Even so, Bitcoin payment processors also need to adhere to strict regulations at all times, which might not make them a better option than banks.

Uneasy situations such as this one create new opportunities but also highlight the growing control which the financial system has over people’s lives. It is evident banks want to curb the number of ways in which people can spend their money, which isn’t something anyone appreciates. Additionally, it is highly unlikely anything will change in this regard, as financial institutions have begun cracking down on cryptocurrency purchases over the past few months as well.