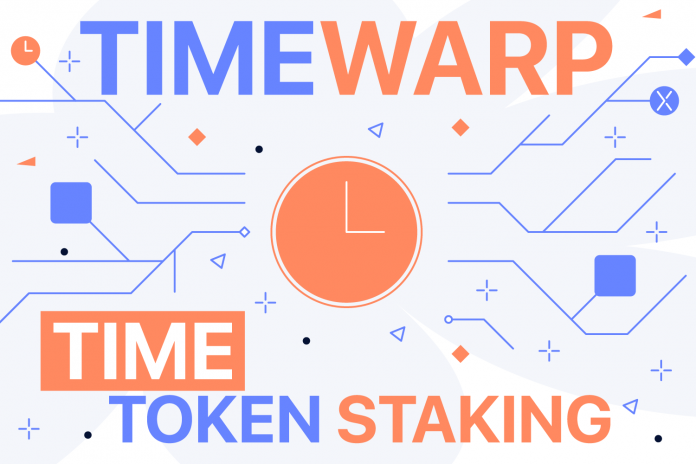 TimeWarp is a brand new and exciting staking program designed for TIME token holders. The TIME Token, a darling of the Crypto sector and a survivor of the infamous “Crypto Winter” (the token was launched in 2017), is the native currency of the Chrono.Tech Ecosystem.

With a Market capitalization of 15 764 265 US Dollars (at the time of writing), and a circulating supply of only 710 112 tokens, this token was already an excellent opportunity prior to the launch of the staking program. The TimeWarp staking program, which puts the TIME token front and center, takes this opportunity to the next level.

The TimeWarp protocol allows TIME holders to stake tokens (or in other words, to lock funds) in the TimeWarp smart contract, from the comfort of their self-custodial wallet (and, it needs to be said, without the need to formally identify themselves through KYC) in order to generate rewards, which can be either harvested or compounded – harvested rewards will be sent to the wallet used to connect with the TimeWarp Protocol, while compounded rewards will be added to the amount staked in the TimeWarp smart contract.

The launch of this new staking program could not be more timely. The recent, aggressive market selloff, which brought back for many painful memories of the events which unfolded in March 2020, is a cue for investors – once things calm down, and we may have reached that point, they will look to go back in, towards the most attractive opportunities offered by Decentralized Finance. The TimeWarp staking program is well positioned to take advantage of the influx of investors, amateurs and professionals, currently sidelined (with assets in cash or stablecoins) and with eyes on the market.

There are currently two staking pools users can participate in: one that allows users to stake TIME directly, and a TIME/ETH pool that entitles users to receive the TIME/ETH liquidity pool token.

As you can see from the image below, the TimeWarp team has made it clear it wants to expand into Binance’s Smart Chain (BSC) to take advantage of the speed and low fees of that network – a huge win for their users – a TIME pool and a TIME/BNB pool are in the works.

It is only speculative at this point, but: will users be able to swap TIME on the Ethereum Main Chain for TIME on the Binance Smart Chain (BSC)? What is certain is that the TimeWarp team will do what is best for its user base and TIME token holders.

Make no mistake: for “yield chasers”, and for those aiming to diversify into Decentralized Finance (DeFi) following the recent hair-raising market events, TimeWarp represents an excellent opportunity.

At the moment, it is possible to purchase TIME on the following exchanges: Time X, KuCoin, Uniswap and soon on the Binance-backed Pancake Swap.

The inner workings of the TimeWarp Staking Program

How exactly are the rewards of this program generated? The TimeWarp team’s excellent documentation makes this very clear – and clarity is a huge plus when it comes to customer confidence: a portion of the revenue generated by the Chrono.Tech ecosystem will be used to purchase TIME tokens.

The Chrono.Tech ecosystem is comprised of the following entities:

The TIME tokens purchased using the revenues of the Chrono.Tech ecosystem are locked in a special wallet called: the TIME fund.

At specific intervals (at the moment, once a week), the TIME tokens stored in the TIME fund are distributed to those who will have staked their time tokens in the timewarp smart contract.

TIME Stakers are also entitled to other benefits, such as premium account status and job mining for LaborX users.

The team behind the TimeWarp DeFi protocol clearly understands that Decentralized Finance is all about incentives. TimeWarp offers an attractive reward program reflecting the amount of time users lock their tokens in the TimeWarp smart contract.

At the moment, it is possible to stake TIME tokens for a period of one hour to two years.

While it is not possible to unstake early, the one hour staking period, which was implemented to keep flash bots from attacking the protocol and safeguarding funds, ensures that users who want to withdraw their funds after a very short period of time are able to do so.

There is a fantastic incentive here to reward users who lock their funds for long periods of time: the longer a user locks his or her TIME tokens, the higher the reward multiple.

Now, here is the question you have all been waiting for: what can users expect in terms of Yield (APY)?

Now for the eagle-eyed investor, this is clearly an opportunity. If we only look at the numbers for LaborX, the job market designed for freelancers, one can see that user growth and gig growth are both trending up, which means that revenues for this platform are trending up. In the end, both of these indicators trending up is a strong indication that TIME purchases will increase – APY will clearly benefit from this. 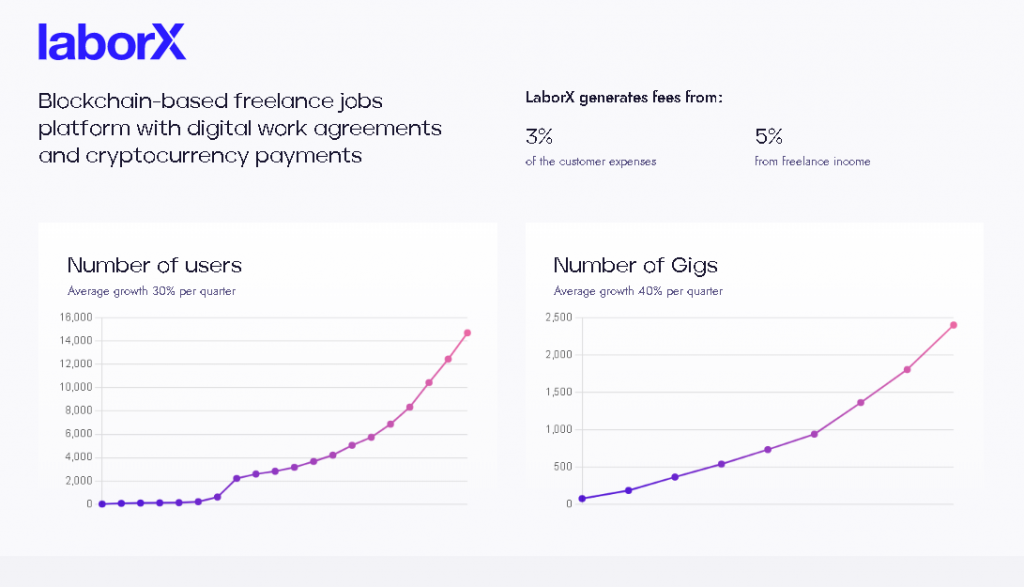 Currently, there are 454 985 TIME tokens staked, out of a total supply of 710 112 – a staggering figure. The APY stands at an eyebrow-raising 274%, on par with quite a few PancakeSwap pools. 117 TIME stakers have locked funds in the TimeWarp Smart Contract, which is a great start, considering that the program has only been launched recently. That figure should increase rapidly as DeFi users realize how they can benefit from staking their TIME. As we can see, 10530 TIME tokens, a value of 192 357 US dollars, have been distributed to stakers so far since the program has launched.