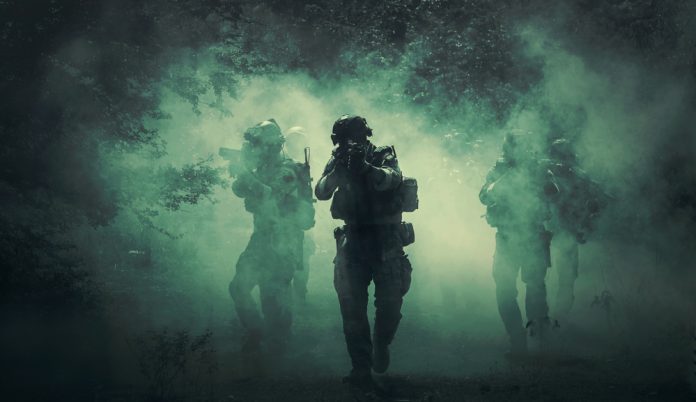 Technology continues to evolve in many different ways. In the military, technological developments also play an increasing role of importance in this day and age. We have seen the Russian military experiment with the exoskeleton, and today we are seeing the United States taking a step to advance their military’s tech by signing a contract with a company developing the “Molar Mic”. This tooth mic allows soldiers to communicate in a discreet and invisible manner.

A lot of things have changed in the world of communication technology over the years. Consumers use mobile devices rather than physically-connected solutions to communicate with the rest of the world. It is only normal the demand for smaller devices will continue to rise. Recent developments in battlefield communication take this concept to a whole new level.

More specifically, it appears the US military is currently experimenting with tooth mics. Unlike their regular communication devices, these mics are not visible on one’s body surface. They literally clip to one’s teeth, which allows for invisible communication networks. As such, the idea of relaying information on the battlefield takes on a whole new dimension.

As explained to DefenseOne, this new product is the direct result of a new deal between the Pentagon and a Californian company. This $10m contract will fund the research of the Molar Mic. By clipping the device to one’s back teeth, it can act as both a microphone and a speaker. Receiving communications without the need for a headset or earpiece is a radical advancement which can introduce a lot of benefits over time.

Incoming sound is transmitted through the bone matter in the jaw or skull. This relays the data directly to one’s auditory nerves. Outgoing sound is passed through an external radio transmitter worn on the neck and sent to a radio unit which is on the operator’s body. In theory, the outgoing signal can be broadcasted anywhere, although range restrictions will still apply first and foremost.

It is not the first time technology firms explore ways of delivering auditory information through the human body directly. Whether or not this has any negative long-term effects, remains to be determined. The experience of hearing conversations through one’s head rather than through the ear may be a bridge too far for a lot of military personnel at first. At the same time, the potential of such solutions cannot be denied either.

Under the hood, the Molar Mic uses near-field magnetic induction to connect to its transmitter. This technology is very similar to traditional Bluetooth connections, but far more difficult to detect. More importantly, this communications standard can pass through water, something that is impossible with Bluetooth or similar technologies. Although the Molar Mic is primarily intended for military personnel, it may become a consumer-grade product in due time.