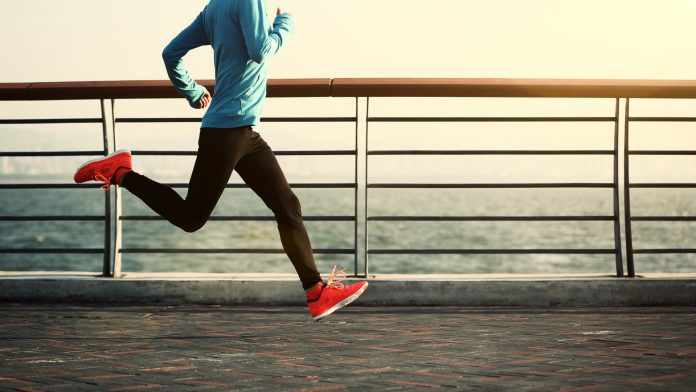 One such concept that is now seeing tremendous growth and appeal in the bitcoin industry is move-to-earn. This is a brand-new niche where being active is rewarded technically. It is a great strategy for both boosting your physical health and earning money. Several platforms and video games that use the move-to-earn model are now available on the market. These “move to earn” games encourage users to maintain a healthy weight. So, if you regularly exercise or take on any particular fitness challenges, you may expect to earn more money.

This article covers some of the most well-known cryptocurrency projects to follow and several up-and-coming M2E projects that might succeed this year due to improved tokenomics.

Although the price of STEPN, which is also the name of the move to earn app and sometimes spelled StepN, has fallen since its all-time high, it still has the greatest market capitalization of any move to earn cryptocurrency.

GMT is the governing token of the move to earn platform, and as of right now, it has a market valuation of $600 million, ranking it among the top 100 cryptocurrencies across all niches. During its ferocious bull cycle, GMT attained a market valuation of up to $2 billion, reaching an all-time high (ATH) of $4.18 on Binance.

GST is gained by all players and is more often referred to as StepN’s standard in-game money, utility token, and rewards token. GMT is the governance token of StepN and is only obtained by users who have reached a high level in its gaming app.

In contrast to GMT, which has a fixed supply, GMT is inflationary. It may not be a wise investment compared to GMT since once users earn it, they often cash it in immediately for real money. GMT will also likely increase in value more as a result of the app’s popularity and be able to keep its value.

The similarly named Step App, which has its own native coin called FITFI is one of StepN’s key rivals in the drive to earn applications specialty. GMT benefited from being the first to market (launching on Binance on March 9, 2022), but FITFI also did well at first (launching on Crypto.com on April 27th).

However, in the middle of 2022, FITFI crashed, along with all other altcoins, after the LUNA and UST collapse shook the cryptocurrency market. Additionally, concerns over Celsius’ bankruptcy and the company’s potential liquidation due to its significant BTC and ETH holdings caused Bitcoin to drop to $17,600 and Ethereum to drop to $880.

Like Battle Infinity was the first of its type with fantasy sports, Genopets is a forthcoming move-to-earn game with an RPG (role-playing game) concept.

However, this initiative to create a native token for a cryptocurrency project, GENE, was launched in late 2021 and originally saw a bull run of several hundred percent.

Dotmoovs is ranked eighth among the top 10 move-to-earn cryptocurrency coins by market cap and is worth $8 million (MOOV).

The ultimate P2E platform powered by blockchain and a cutting-edge AI system to evaluate videos of players completing sports challenges is the two main components of this M2E project’s stated goal of “gamifying sports.”

Although MOOV isn’t currently accessible on major cryptocurrency exchanges, it is on KuCoin and PancakeSwap. Dotmoovs is reportedly supported by a number of cryptocurrency venture capital firms, including Moonrock Capital and Morningstar Ventures, although it still has a small market cap with a $4.5 million valuation.

An intriguing idea with much promise is DeFi Coin ($DEFC). The DeFi Swap decentralized exchange is powered by the community-driven DeFi Coin platform (DEX). Despite only being a few months old, DEFC has already attracted the attention of investors searching for the DeFi industry’s next big thing.

The DeFi Coin team has obviously worked hard to include as much use as possible in the project. The DeFi Swap exchange is the hub of the DeFi Coin ecosystem. Many different crypto-based items are available on this DEX, but that is not all. With no account needed and the possibility to earn interest on cryptocurrency via staking, the DeFi Swap DEX can allow quick and simple token trades. Holders of DEFC may earn as much as 75% APY when staking.

One of the top cryptocurrencies to watch in 2022 is GIGCO ($GIG). The project aims to combine the music business with web3 to provide venues with a one-stop shop. fans and musicians. The first DEX sale of the token, which is not yet live, is scheduled to happen on SolRazr between August 26 and August 28.

The value of the music business is in the billions, but since there are so many intermediaries taking a cut, ticket prices may be expensive, and relatively little money really goes to the artist. By enabling musicians to sell their own music and schedule their own shows with a simple smartphone app, GIGCO hopes to alter that. The GIGCO app enables performers to be scheduled by venues, musicians to sell their songs, and music lovers to stream and purchase tickets. The GIGCO team improved productivity and saved expenses by incorporating blockchain technology into the project, which benefited everyone.

A well-known smartphone software called Sweatcoin will pay you for keeping up a healthy lifestyle. You may earn reward points known as “sweatcoins” by engaging in physical activities like cycling, walking, jogging, and more.

Sweatcoin features its own reward point system instead of compensating users with bitcoin. Earning sweatcoins on this app doesn’t involve a financial commitment at first. This is a currency of the next generation that can be used to buy great things, receive deals, or even give to charities.