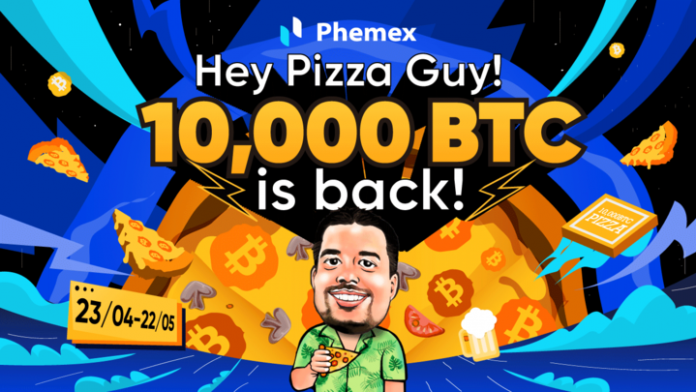 In 2008, Satoshi Nakamoto published the now world-renowned whitepaper, ‘Bitcoin: A Peer-to-Peer Electronic Cash System.’ Fresh off the heels of the global financial crisis, the world was primed for a fundamental shift in how financial services were run, and Bitcoin came just in time.

Since its launch, Bitcoin’s capabilities have expanded, attracting more support than it ever could have a decade ago. From being worth almost nothing to a BTC price above $50,000 today, both Bitcoin and its underlying blockchain technology are developing at a breakneck pace.

Decentralized ledger technology (DLT) has undergone notable advancements over the years, enabling various innovative blockchain-based DApps, smart contracts, and decentralized finance platforms. Though skeptics have raised concerns about cryptocurrencies, Bitcoin has proved itself time and time again, and with how well the space has performed since last year alone, the right people are starting to pay attention.

However, the blockchain industry wasn’t always filled with news of growth, adoption, and institutional investment. Back in 2010, the market for Bitcoin wasn’t as big as it is today, and certain events played pivotal roles in its expansion. The world celebrates Bitcoin Pizza Day on May 22 each year, the day on which Laszlo Hanyecz, a Florida-based computer programmer, made the world’s first purchase using Bitcoin.

For 10,000 BTC, which was worth around $41 at the time, Hanyecz received two large pizzas. Today, those assets would amount to almost half a billion dollars, but Laszlo has no regrets, and there are good reasons why.

Why Phemex is Looking for Laszlo

Singapore headquartered global cryptocurrency exchange Phemex reported a colossal 156.9% rise in the number of traders on the platform over this year’s first quarter, pushing above the 1 million users mark in spectacular fashion. The exchange also presented a 465.2% rise in trade volumes this quarter compared to Q1 last year and has been consistently expanding its influence in the space through regular updates, robust features, and a positive relationship with its community.

Bitcoin has captured the attention of both the mainstream media as well as institutional and retail investors. Lazlo’s purchases were intended to kickstart the Bitcoin economy, spreading out the supply he’d earned from mining cryptocurrencies in the early days. In fact, if the Bitcoin Pizza Guy hadn’t spent his Bitcoin back then, it might not have become worth much today at all.

Additionally, a little-known fact about Mr. Hanyecz is that he was an important contributor to Bitcoin’s code. As a matter of fact, he even drafted the proposal to allow miners to run Bitcoin’s Proof-of-Work algorithm on their graphics cards (GPUs) instead of the relatively inefficient CPUs that were predominantly being used.

Between overvalued pizzas and undervalued contributions, Phemex wants to set things straight by offering the American programmer a chance to spend his 10,000 BTC again – but this time, he gets something back, and it’s worth a lot more than two pizzas. Not long ago, the cryptocurrency exchange announced its Earn Crypto platform, where users can earn up to 10% APY on deposits up to 1.5 million USDT.

To celebrate the day Laszlo made his first pizza purchase with Bitcoin (he performed the same transactions nine more times over the summer that followed), Phemex is offering him the chance to deposit 10,000 BTC and keep all the profits made on the platform that day. A single day of this would net the Bitcoin developer over $110,000, worth approximately 7,000 pizzas.

The Phemex team is still having trouble reaching the Jacksonville-based developer and is even offering rewards to its million user-strong community through its Gleam Campaign to help spread the word. This isn’t just a lucrative opportunity for Laszlo – it’s a way of giving back to the digital assets community.

No Room for Regrets

Bitcoin Pizza Day is one of the most popular events in the Bitcoin world, and while it wasn’t the first-ever transaction involving BTC, it was the first purchase of a good with cryptocurrencies. News spread like wildfire, kickstarting Bitcoin’s growth from a token worth less than a cent to form the $2 trillion cryptocurrency economy of today.

Though people are often quick to judge Hanyecz having supposedly wasted his millions, they’re also quick to forget he was a miner during the early stages of Bitcoin’s development. The amount he spent buying pizzas was likely only a fraction of his total wealth in BTC.

Having literally invented GPU mining, Laszlo was far ahead of the competition before miners even knew they’d need to compete. CoinDesk reports Hanyecz currently develops for an apparel brand called GORUCK, which accepts Bitcoin payments due to the Bitcoin Pizza Guy’s Internet fame.

Having spoken to Satoshi, Bitcoin’s anonymous creator, over the Internet a few times, Hanyecz understood the difference between what BTC was priced at and where its actual value lay. 10,000 BTC today is not a practically disposable amount of money for anyone, but Laszlo’s intentions weren’t to waste money, but to improve the ecosystem. And if he hadn’t made that decision to buy dinner with his magic Internet money, his assets might never have become worth even the two pizzas he received on that fateful day.