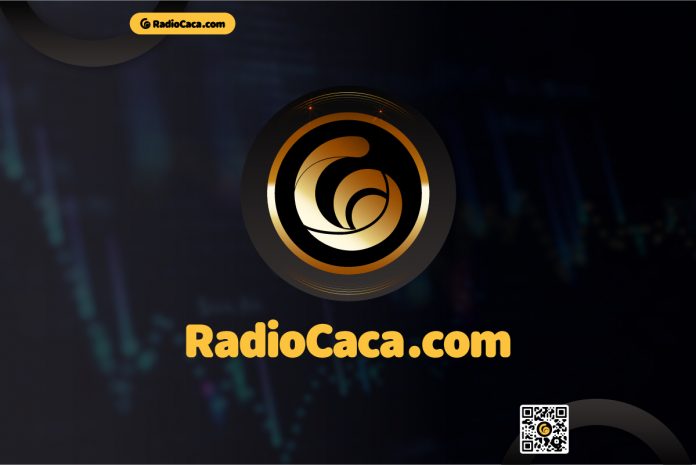 Jeff Watney, CEO of RadioCaca (RACA), recently announced the news that the USM Metaverse, RadioCaca’s 3D Metaverse, will have a builder system launching on May 20th in which developers, content creators, corporations, users, and individual entrepreneurs can develop your applications within the USM Metaverse.

The CEO of RadioCaca highlighted that he believes developing your metaverse land should be as easy as building with legos. Having a system that’s easy to build makes it accessible to the general userbase, allowing significant advances in the USM Metaverse.

At @RadioCacaNFT we believe developing your metaverse land should be as easy as building with legos.

Enter the USM Metaverse builder system launching by May 20.

The announcement could help boost RadioCaca’s native ecosystem token, RACA, recently selected by Cryptocurrency Expert Mark Arguinbaev in an article as one of the leading metaverse cryptocurrencies among those with market caps below $400 million.

In the same article in The VR Soldier, one of the top cryptocurrency market websites, Arguinbaev said: “Raca is one of the most underrated metaverse crypto coins on the market.”

RadioCaca’s USM is similar to The Sandbox and Decentraland, offering a social experience where users can connect, explore, and earn rewards. In the USM Metaverse, users can join concerts, sing-along, dance with pop stars, socialize, and enjoy popular NFT exhibits. Users can connect to RadioCaca’s USM via a Web3 wallet like MetaMask, and we recommend checking it out.

In the coming months, French Montana will release his next album, Montega, in partnership with RadioCaca as an NFT. The NFT drop will be called 2DM and include rare in-game characters for RadioCaca’s popular Metamon game.

Among many perks, album owners will be entitled to exclusive concerts hosted by Montana in the USM.

While RadioCaca has not revealed more details about the big announcement for the USM Metaverse, it keeps growing. IIts Play-to-Earn game, Metamon, continues to be played despite the crypto bear market, with 5.83 million daily battles and 1.36 billion battles since inception.

Despite the crypto bear market, Metamon continues to be playable among players, with 5.83 million daily battles and 1.36 billion battles since inception.
Data as of April 28@binance @BNBCHAIN @cz_binance #Binance #BNBChain pic.twitter.com/VR0Dwls1Na

The RadioCaca NFT Marketplace saw over $1.24B in trading volume from its inception through April 20, 2022. During this time, Metamon and Metamon Egg trades took the top spots by volume, with $590M and $378M in volume, respectively. The NFT Marketplace inside Metamon Island reached 35 billion RACA in trading volume during the same time frame across 3.43 million transactions. That’s close to $63 million, based on the token price as of April 20. Metamon Egg NFTs eggs have reached $379 million in total trading volume.

RadioCaca announced on April 25th that it had sold over $1.2 billion in NFTs linked to its ecosystem. In July 2021, RadioCaca released its first web 3.0 product, a collection of PFP (profile picture style) NFTs for Maye Musk (Elon’s mother). 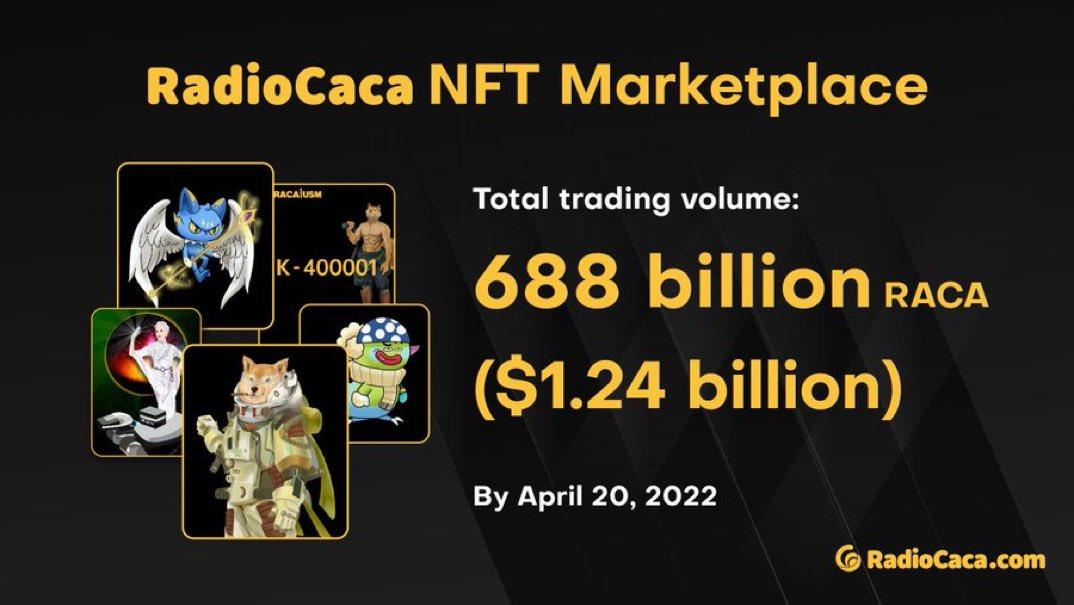 Disclosure: This is a sponsored press release. Please do your research before buying any Metaverse crypto coin.