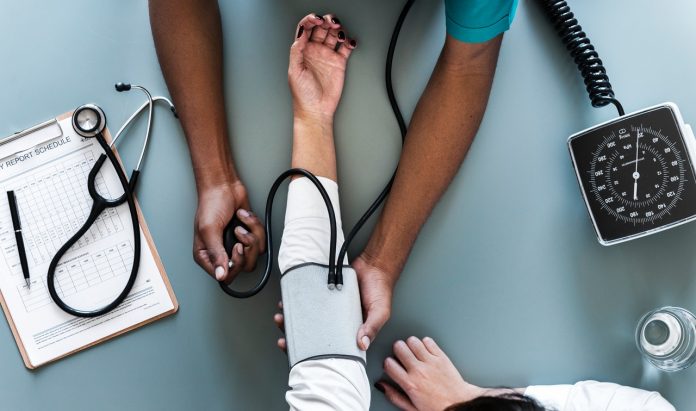 For years researchers and scientists have been working on discovering the ability to regenerate organs and body limbs.  The search has spanned everywhere from biological sciences to 3D printing companies.   While several animals can achieve this such as geckos, planarian worms, jellyfish, and salamanders, what is important is determining what gives them the ability to perform such an extraordinary feat.

Until recently, this mechanism has continued to escape researchers.   Lately, studies have been done on Hofstenia miamia, also known as the three-banded panther worm, given their remarkable ability to regenerate any part of the body within a few days of amputation.  It is commonly found in the Caribbean and other areas with warm water.

Some studies in the past have identified certain molecular signals that the species use to regenerate, however the specific genes that regulate this response had not been known. Scientists at Harvard University now believe that agene known as “Early Growth Response” (Egr) is thought to be the “master control gene” responsible for this regeneration. The results of the study have shown that Egr binding was strongly associated with accessibility of chromatin during regeneration and that in wounded cells, Egr was the most significant up-regulated gene.

Post-doctoral student Andrew Gehrke of Harvard explains that the answer lies in an area of non-coding DNA that controls the gene. Initially, non-coding or ‘junk DNA’ was believed to have no role, but in recent years researchers and scientists have realized actually has a major impact.  Gehrke and his team performed several experiments to show that Egr is a master regulator of a gene network of at least 61 genes that is responsible for “whole-body” regeneration.  It works as a “DNA switch” that can “turn on and off” the network.

Dr. Shaun Mansour, MD, a physician who received his undergraduate degree in Human Evolutionary Biology from Harvard University, further explains that “it is vital to continue understanding what the noncoding or regulatory DNA’s role is with regards to that EGR gene”.  He adds that only about 2% of our genome codes are for actual proteins while the other 98% are regulatory.  He highlights that “contrary to what may seem to make the most sense, it’s not the directly expressed aspects of our DNA that account for the greatest differences we see among species.  It is the regulatory mechanisms that govern how those proteins are expressed that make the grand majority of the distinction”.

Humans also contain Early Growth Response transcription factors and consequently, there is potential for further discovery of how this can be translated.  The research published presents several different directions for continued investigation.   Dr. Shaun Mansour further elucidates that, unfortunately, this is an aspect of DNA that until more recently we have known little about.  However, he is optimistic that this piece plays a key role in uncovering how Egr can be tweaked or modified in humans to provide the same limb regeneration capabilities we see in other species.

The new frontier for genomics research will be uncovering how the regulatory portion of our DNA works and how we can possibly better understand it for the benefits of patients in the future. More studies are needed to determine how these pieces play a part in a much larger system.  As more factors are being discovered, this information will be crucial in understanding how to accomplish the next step in using these discoveries for the benefit of patients.

To put it simply, if researchers and scientists succeed in growing back arms and limbs in human beings, the Star Wars ‘The Empire Strikes Back’ film may soon look antiquated. You know, the scene where Darth Vader cuts off Luke Skywalker’s forearm with a lightsaber, but Luke gets a fancy prosthetic arm? Old news, baby; we were able to grow back arms long before that point in human history!

Dr. Joshua Mansour is a board-certified hematologist/oncologist working and in the field of hematopoietic stem cell transplantation and cellular immunotherapy in Stanford, California.  Recently he has managed to have over 10 recent abstracts and over 10 recent manuscripts published in esteemed journals and given countless presentations at conferences and other institutions.  He has helped design and implement clinical studies to evaluate current treatment plans, collaborated on grant proposals, and lead multi-institutional retrospective studies that have been published.

Joshua Mansour, M.D. - January 28, 2023
The continual spike in the price of BudBlockz (BLUNT) has shifted many investors' focus. Owing to the upward price movement in the crypto market...

Joshua Mansour, M.D. - January 28, 2023
The crypto world constantly evolves, with different projects and technologies competing for investors’ attention. Recently, investors have been turning away from non-performing projects, such as...

Joshua Mansour, M.D. - January 25, 2023
As the crypto world tries to recover from the collapse of FTX and the growling bearish market, traders are locked in a battle to...

Joshua Mansour, M.D. - January 24, 2023
BudBlockz (BLUNT) has a strong enough survival rate to outrank thousands of cryptocurrencies. It offers a practical solution in the cannabis industry and stands...

Joshua Mansour, M.D. - January 23, 2023
The cryptocurrency market is in flux, with many tokens seeing significant price fluctuations. BudBlockz (BLUNT) has seen a 210% price increase up to stage...
Cryptocurrency by TradingView