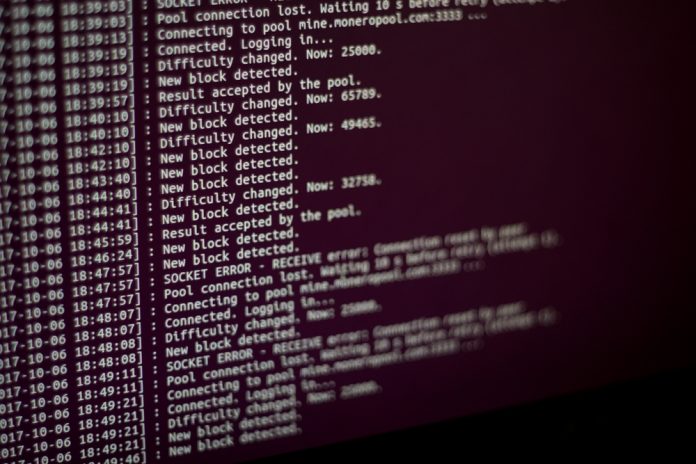 Even though Monero is quite a competent cryptocurrency with a strong focus on anonymity and privacy, it seems there is also a negative aspect of this particular currency. More specifically, Monero is making inroads in the cryptocurrency mining malware world. In fact, a new study shows 5% of the XMR in circulation has been mined with malware, which is not the development most people were looking for.

The Rise of Illegitimate Monero Earnings

While cryptocurrency mining malware has been around for many years now, it seems a lot of things have changed in the past few years. With Bitcoin mining becoming virtually impossible with regular computers, the focus has shifted to the various altcoins. Monero is quickly becoming the go-to currency in this regard, as it can still be mined with CPUs and GPUs alike.

As such, there has been an increase in the number of cryptocurrency mining malware strains which mainly mine Monero in one way or another. This has had an impact on the total supply of Monero as well as on where XMR seems to originate. Given the anonymous nature of Monero transactions, exact data will always be difficult to come by.

A new study by Palo Alto Networks provides a rather interesting insight as to where the Monero supply is coming from. According to their research, around 5% of the existing XMR supply is associated with the malicious mining of Monero through malware or other means. By analyzing nearly 630,00 malware samples, the group has determined that the popularity of Monero will continue to rise for quite some time to come, and not necessarily for the right reasons.

In fact, the research shows that 84% of the malware samples they’ve investigated are focused on mining the Monero cryptocurrency. This shows how dominant this altcoin is in the world of cryptocurrency, although it also shows that criminals are flocking to currencies which are not Bitcoin these days. That is another intriguing development that demonstrates how cryptocurrency is maturing and shows which currencies lend themselves to criminal activity. It seems Monero has a firm grip on this market.

The researchers also discovered that nine mining pools make up the bulk of the malicious Monero mining operations. While it is possible that solo mining also plays a role, it seems mining pools remain the go-to method for maliciously mining Monero as of right now. $108 million worth of Monero has been mined through illegitimate means, which is quite a staggering amount.

The main question is whether or not this trend will continue. While it is evident there is a lot of potential when it comes to cryptocurrency mining malware, there are only so many options one can explore. Additionally, Monero developers may come up with a way to fight malware as well as botnet mining.