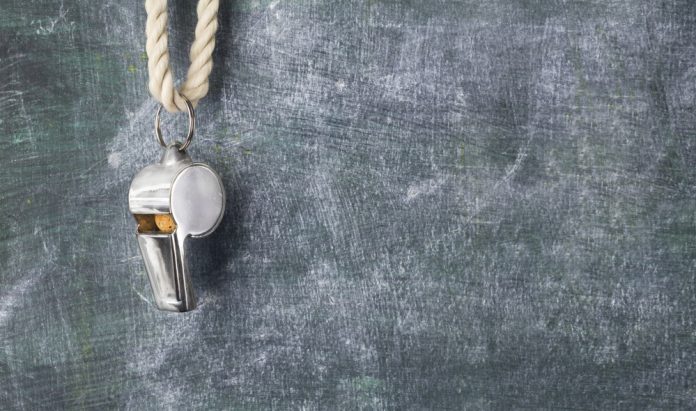 In the wild west of cryptocurrency, lack of regulatory presence and anonymity  synergize to create an environment ripe for scammers and fraud. As such, it is up to the community to protect itself and work to eliminate these malicious actors.

While far too many scammers and hackers have gone unpunished, there has been a trend over the past year through which more and more criminals in the space are being brought to justice. One such initiative looking to help the cause is the Crypto Community Watch (CCW).

The Crypto Community Watch launched in the second half of August through a consortium of companies in the space, including ECoinmerce and ICO Alert. This consortium has generated a global slush fund of 100 BTC (roughly US$650,000) as a reward pool for individuals and networks that shed light on scammers in the community. The intended purpose is to foster a sort of “block watch” that you may see in a neighborhood or other community.

Anyone can interact with the CCW fund simply by submitting a tip through the listed form and supplying their BTC address. Tips can be as simple as revealing the name of a suspected ICO Scam or as in depth as supplying information linking the identities of scammers to their psuedonymous accounts that run said scams. Tip-off rewards will be dependent on the size of the scam as well as the level of relevant detail supplied.

The fund’s address and the tips previously received are public for all to see, to ensure transparency and legitimacy of the fund itself. When tips are received, the CCW first invokes internal investigations, and, if deemed to be the proper course of action, will then work to compile a case of evidence to bring forth to the local law enforcement of the accused.

The consortium expects that, as tips are investigated and legitimate cases are brought forth to law enforcement, positive relationships can be built between the two entities to further promote active involvement of government and law enforcement entities to help protect the greater cryptocurrency community.

A major solution that the CCW provides whistleblowers is financial incentive for their action. Whistleblowers put themselves in significant danger, both in terms of personal safety as well as their reputation within certain circles. By creating a system to reward vigilantes within the crypto community, it is hoped that greater activism is seen in combatting scammers. While the fund has only been live for a month, well over 100 tips have already been received.

As far as the fund itself goes, the members of the consortium plan to replenish it as needed. Additionally, it is expected that a successful project should attract the attention of other partners that would be willing to invest resources to promote the welfare of the global crypto community.

Time will tell how successful the CCW proves. If it does prove to be effective and popular within the community, the fund could make a serious impact on the safety and legitimacy of the industry as a whole.