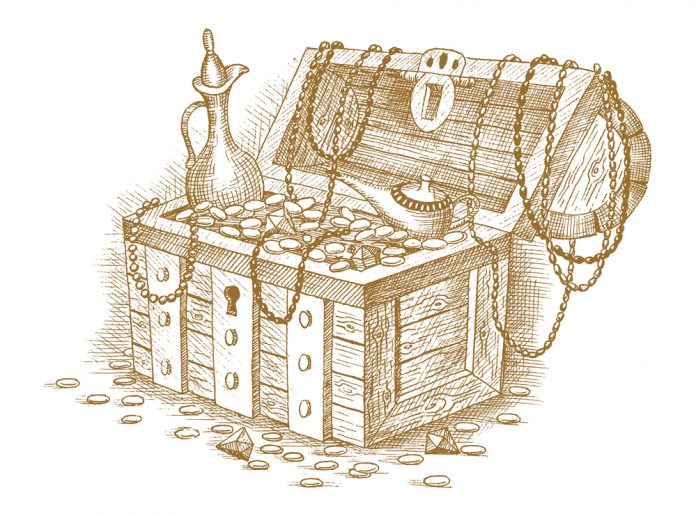 In the old days, people invested in gold as a store of wealth as its value was universal and largely stable. However, cryptos changed the game and attracted a lot of investment which otherwise would have gone to gold. But what if you could merge the two? This was the promise that swayed many investors in South Korea who invested in a crypto project that claimed to have discovered the remains of a sunken ship. The company behind the project, Shinil Group, claimed that the sunken ship contained gold worth $116 billion (130 trillion won) and began selling cryptocurrencies issued based on the treasure’s value.

The Seoul-based Shinil Group announced in July that it had discovered the wreckage of a Russian warship that disappeared in 1905 during the Russo-Japanese War. The ship was known as Dmitrii Donskoi and was believed to have contained lots of treasure. The company went on to release submarine footage of the wreckage which it alleged was beneath the waters at Ulleung Island.

It didn’t take long before rumors began to circulate that the wreckage contained treasure, key among it being 200 tons of gold. The treasure aboard the ship was alleged to be worth $116 billion, and the company settled on turning to crypto in order to cash in on the fortune. Its Singapore-based affiliate is alleged to have begun selling cryptocurrencies based on the value of the treasure to investors.

To lure investors, the company promised that the value of the crypto would rise from its initial price of 200 won ($0.18) to 10,000 won ($8.94) in three months. While the promise of unbelievable returns attracted investors, it also invited the attention of skeptics who accused the firm of running a scam.

In the face of mounting criticism, the company announced at a press conference that the value of the treasure had been adjusted to 10 trillion won ($8 billion). However, as reported by a local news outlet, the company’s filing with the ministry for excavation estimated the value at just 1.2 billion won ($1 million).

South Korean police raided the firm’s office on August 7 as fraud allegations mounted. The investigators from the Seoul Metropolitan Police Agency also raided seven other locations as they sought to collect evidence against the firm.

South Korea has been one of the crypto-friendliest nations, but also one in which malicious activities have been cracked down on vehemently. The country is one of the biggest crypto markets in the world and has been known to set the price of most cryptos regularly. XRP has been one of the most popular altcoins in the country, with the Asian economic giant at one time accounting for close to 50 percent of XRP volume globally.

In the UK, the Financial Conduct Authority also recently issued a warning to investors against investing in a particular clone company which has used the details of a registered firm to defraud unsuspecting investors. The firm, Fair Oaks Crypto, is a clone of Fair Oaks Capital Ltd which is registered with the FCA to offer financial services in the country. In its statement published on August 7, the FCA advised potential investors to always check the Financial Services Register before investing in any firm to protect themselves from fraudsters.