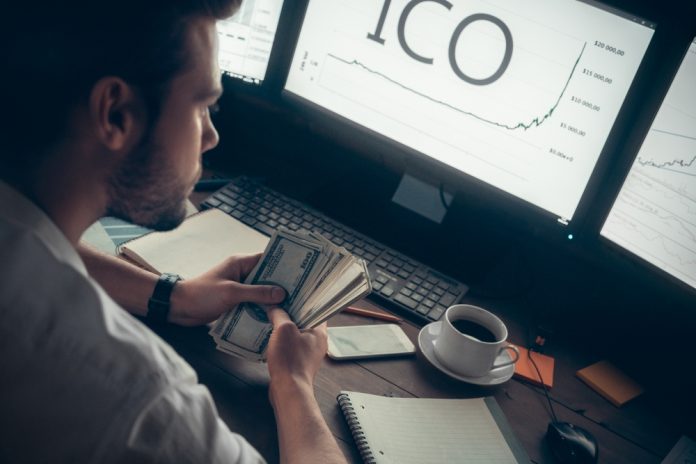 ICOs have a bad reputation at the moment, and some would say this is for a very good reason. Last year there were almost a thousand token sales, with 142 of these projects never getting off the ground. Another 389 of these saw their founders either take the assets and run, or die off due to inactivity.

So, almost 60% of ICOs last year failed, and the reputation of this form of fundraising to finance new projects has taken a significant hit. Today most investors are not so willing to put money into an ICO for fear of watching it all go down the drain, and those fears have hampered the ability of projects to get into the game. The appeal of this method of raising money has come into question and limited the amount of funding that projects can expect to raise from an ICO.

The days of raising $100 million from an ICO are probably over, at least for the time being, but it is still possible to raise $20 to $25 million. Furthermore, even though people feel like ICOs have a high probability of being some type of scam, they are still willing to invest in new projects, hoping that they will deliver as promised. Gone are the days when ICOs could raise assets by creating a flashy website and writing a great whitepaper that made everything look superb to greedy investors who were hoping to win the lotto by plunking down a boatload of cash on the next big thing in cryptocurrency.

These days, companies looking to raise cash must engage the public, government entities, and those big companies that have the assets needed to fund their operations. It has become a little more of a face-to-face sell as the burnout from too many ICOs has made selling these projects a lot more difficult. Projects now recognize that they need to get their own hustlers into the mix to push their projects, and these people need rock-solid reasons for investors to put their assets into anything new.

The hustle can get dark with the amount of money floating around the space. Greed still propels people who hope to strike it rich and get out rather than care about the advancement of a particular project’s technology or future. However, this greed is part of humanity and allows things to happen, as those with the assets to fund such operations put their money into them looking to score.

Most projects have been more interested in raising funds than actually putting together a viable product, and that focus has hurt both the projects themselves and the reputation of ICOs.

Does this mean we shouldn’t be willing to invest in ICOs? With the number of people now in the game, it has become much harder for projects to get attention. So, projects that might be true gems now have to polish their product even more before they put it on the market, and this has given these startups a reason to change their focus, and that is a good thing for cryptocurrencies in general and ICOs in particular.

With current projects creating new types of blockchain protocols that will hopefully solve the scalability issues surrounding the technology, it can be said that cryptocurrency has a definite place in the future of mankind. Once the insanity that surrounded this technology, the markets, and the ICOs that promised everything but the kitchen sink (and sometimes even that) dies down to the point where people aren’t only looking to make a ton of cash and get out, but would rather stay in and see a project through while making a little cash for their faith and efforts, it will be a great thing for the space in general, and for cryptocurrency in particular.

Whether this leveling out is good or bad is up to you to decide, but it has raised the level of infrastructure found in the space and helped develop sideline technologies to support cryptocurrency. Now we even have the possibility of an ETF connected to cryptocurrency, and that will propel this space into the realm of true legitimacy for both governments and the public alike.

So, like everything else that one might put their time and money into, investors must do their due diligence before putting assets into any project and put some real time and effort into researching all the angles, players, and technologies that make up a project before deciding to invest.

Should we trust ICOs? Well, as always, that is up to you, but if you have done your homework, these vehicles are still the best way to both invest in a project and make a little money for yourself while supporting the space.