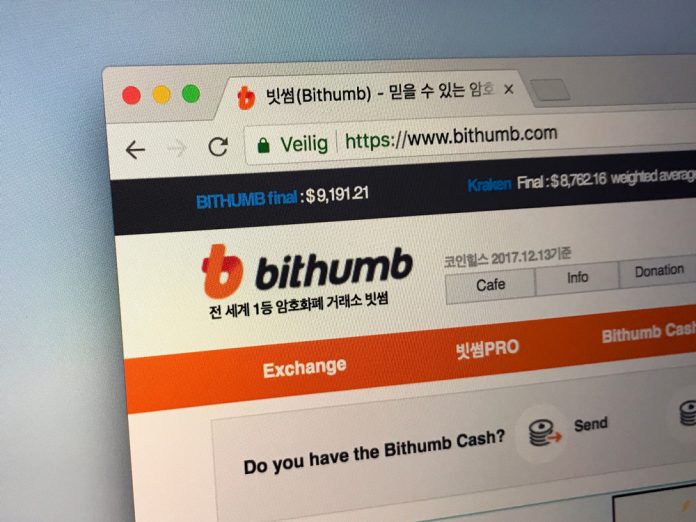 There have been some concerns regarding the Bithumb exchange over the past few weeks. An official investigation was launched by South Korean officials regarding the firm potentially engaging in tax evasion. It now appears the company has been cleared of all charges, which means business will carry on as usual for the foreseeable future.

Bithumb is Cleared of all Charges

A thorough audit of Bithumb’s books uncovered some irregularities in late 2017. At that time, the South Korean financial watchdog decided to officially investigate the exchange and search for additional discrepancies which could hint at tax evasion. The National Tax Service was concerned about the trading activity on one of South Korea’s largest cryptocurrency platforms.

After the investigation concluded earlier this week, Bithumb was cleared of all tax evasion charges. That doesn’t mean the company will not face a fine, though, as Bithumb’s officials will pay 30 billion won – worth around $28 million – to settle the matter once and for all. More specifically, all income and corporate taxes in accordance with tax payment procedures have now been settled, much to the liking of all parties involved.

It is important that investigations like these occur on a regular basis. Although an investigation of a prominent exchange will cause panic among cryptocurrency traders, the end result matters to everybody. Exchanges and other service providers should not perform any tax evasion activities, either by accident or on purpose. Cracking down on such activity needs to happen at an early stage.

Throughout the first few months of 2018, the National Tax Service sent various officials to Bithumb’s headquarters in Seoul. Over the course of three months, these officials collected data regarding trading activity, taxable income, and commissions. Additionally, they also monitored dividends associated with cryptocurrencies and how the company accounted for income. All of this information seems to indicate that the company is still growing at a rapid pace, which can only be considered to be a good thing.

A National Tax Service official commented on the situation:

The Tax Service has conducted a review of the accounting records … from the 2014 to 2017 business years. Bithumb has paid the appropriate fees and taxes without objection. Although a very large tax amount was imposed, it does not mean that there was any implication of tax evasion from the exchange. No charges of tax evasion have been or will be pressed against the exchange at this time.

This doesn’t mean Bithumb is out of the woods just yet. Similar to all other cryptocurrency exchanges, the platform will continue to be closely scrutinized by the NTS, for rather obvious reasons. In the end, the investigation has produced more trust in cryptocurrency in South Korea, which could potentially lead to greater adoption of Bitcoin and various altcoins.