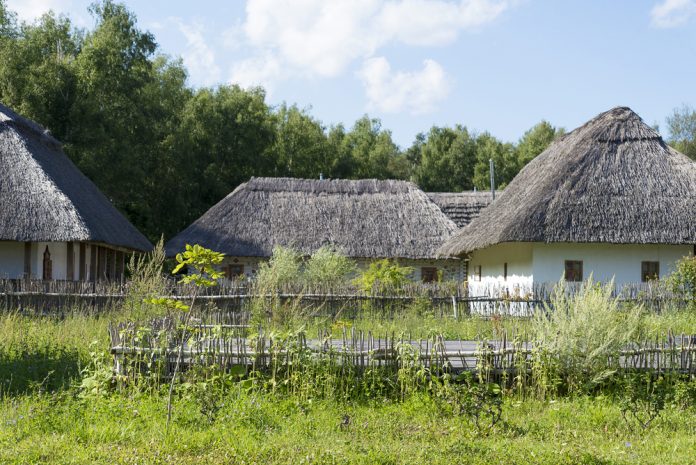 Russia has always had a rather interesting relationship with cryptocurrency. The government seems to be divided into two camps when it comes to this new form of money. While officials there are making up their minds, it seems various Russian farmers actively engage in “mining” cryptocurrency at this stage. It’s a peculiar development which further confirms that cryptocurrency is anything but dead.

Russia is one of those countries where showing too much interest in cryptocurrency will get people on the radar of government officials and the financial watchdog. That is not exactly something to look forward to, as Russian officials have cracked down on illegal mining operations in the past. The same approach may be maintained for quite some time to come, although nothing has been set in stone from a regulatory point of view.

Even so, various farmers in Russia have taken a liking to “mining” cryptocurrency regardless. Kolionovo is a small village 80 miles from Moscow. On paper, it seems hardly relevant to cryptocurrency mining efforts, but a lot of things have changed in the past few months. More specifically, there are several cryptocurrency mining operations in the village as of right now, most of which are operated by farmers who were mainly focused on potatoes and other vegetables until earlier this year.

While one might expect them to focus on Bitcoin or any of the other established cryptocurrencies, that is not the case. There is a cryptocurrency trend taking place in this region, although it involves the native kolion cryptocurrency. Said tokens can be used for local trade, which makes the ruble all but obsolete in this part of Russia. Rest assured the government will have a say about this development sooner rather than later.

The issuance of the kolion dates back to 2014. At that time, the currency was issued in paper form by Mikhail Shylapnikov. This former banker decided to create his own form of money, which turned out to be far more successful than anyone could have anticipated at that time. He claims to be his own bank, government, and regulator all in one, although it seems unlikely this currency will be allowed to exist for much longer.

Turning the paper version into an actual cryptocurrency did not occur until 2017. With the paper kolion banned by the Russian courts in 2015, Shylapnikov decided to organize an initial coin offering for the digital counterpart. He raised $500,000 in the process, and the kolion is thriving as of right now. The tokens are earned through a process known as ‘plowing’, which revolves around helping Kolionovo residents with farming and construction work. Buying it with other cryptocurrencies is also possible.

So far, it seems this cryptocurrency is only continuing its march toward mass adoption. Close to one hundred farmers and suppliers in the region use kolions for local trade. As such, the active supply of kolions now represents close to $2 million, which is pretty significant compared to its ICO value less than a year ago. It is also interesting to note that this cryptocurrency is backed by a reserve of 500 bitcoins, which will help attract “real money” moving forward.