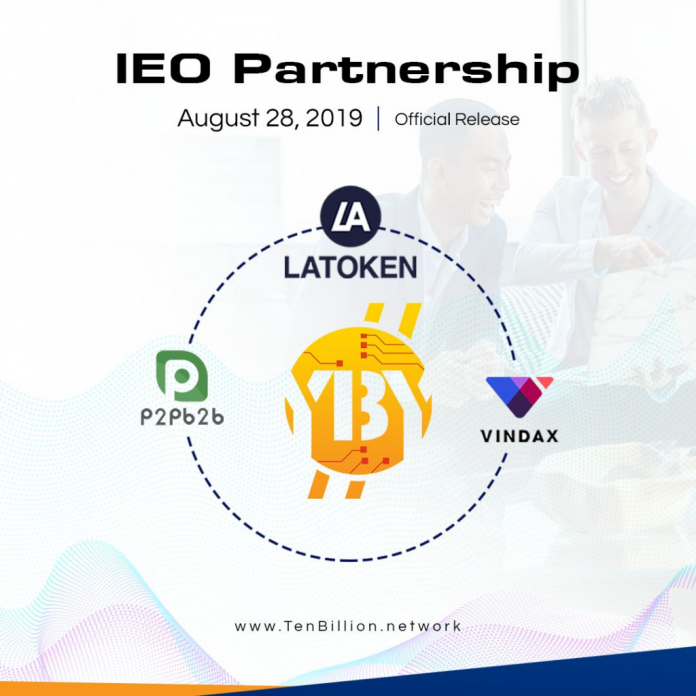 On August 27, 2019, Chinese blockchain startup Ten Billion Coin is proud to announce not only their third strategic partnership but a simultaneous launch of its IEO on 3 major exchanges.

This engineering company has had companies like Shell, BP, and DuPont, to name a few, as clients they’ve serviced in the last 20 years, so partnering with Te nBillion is a significant endorsement for future collaborations to come.

A big reason why these three companies and many more will be joining as partners is the team that is powering Ten Billion. Their members include Hu Yong, a lawyer, CPA, economist, and financial securities expert, Zhang YuLin, who has done financial auditing on the new Third Board of China, which specializes in blockchain-based company offerings, IPOs, and corporate bond issuance and Ming ZeFei, who has nearly 4 decades of experience with different kinds of economic and financial work.

While Ten Billion is making partnerships to expand their network on one side, they are still hard at work on getting their tokens into as many hands as possible. This was made a lot easier with their token now being on not one, not two, but three platforms: LA Token, P2PB2B, and VinDax.

Between the three platforms, there will be 6 billion tokens allocated: 4 billion on LA Token and 1 billion each on the other two exchanges. Traders are able to purchase the tokens at a starting price of $0.005.

Ten Billion is hosting an airdrop campaign that is currently ongoing, so make sure to follow their social media for any updates on how to get your hands on some free IEO tokens.

Founded in 2019, Ten Billion Coin is the maker of the first Chinese blockchain designed specifically for launching the digital future of existing companies onto the blockchain. The company’s mission is to do for blockchain what was previously done for the internet: get everyone online!