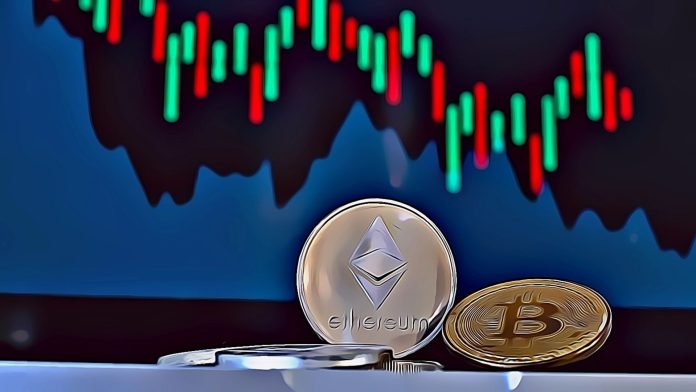 This Thursday, as Bitcoin and Ethereum prices decline, the cryptocurrency markets continue to exhibit bearish momentum. While Ethereum is below $1,300, BTC has breached the $19k support level. Cryptocurrency markets have had a tough week, as BTC and ETH dropped 5% and 7%, respectively. The underwhelming performance of stocks, which are also down this week, is probably to blame for the price decline.

While the stock markets are up today and displaying a tad of bullish momentum, the recovery of cryptocurrencies has not yet happened. The good news for this week is that Bitcoin is getting less volatile even as prices are falling. Despite the bear market, BTC’s price has fluctuated slightly over the last few months, staying in the $19k region.

In other news, a sustainable Bitcoin protocol aims to turn BTC into a climate-positive asset, according to a story from Yahoo Finance. It is well known that the proof-of-work blockchain used by Bitcoin harms the environment and consumes a significant amount of electricity to maintain.

Since a sustainably mined Bitcoin would theoretically be worth more than a conventional BTC, such a system might potentially damage Bitcoin’s fungibility.

As demonstrated by the network merger that made Ethereum the largest proof-of-stake network in bitcoin, sustainable blockchain projects are the way of the future, despite certain possible limitations.

Speaking to Ethereum, a report from Coindesk shows that the quantity of tokens has dropped by 4,000 over the previous week, signaling Ether’s first deflation since the merger. The deflationary process results from the fact that confirming transactions burns more ETH than it creates.

Given the length of the deflation and the amount of ETH burned, a total reduction of 0.13% of the total supply was achieved over the previous week, which is fairly significant. Additionally, since the integration, the rate of fresh Ethereum creation has decreased by 90%, indicating far better tokenomics than before.

As reported by Santiment, In the month of October, Bitcoin experienced a steady increase in coins leaving exchanges, reaching levels last seen in November 2018. This shows that many investors are willing to hodl long despite the bear market.

📊 #Bitcoin is seeing more and more coins moving away from exchanges in the month of October, matching levels last seen in November, 2018. Meanwhile, #Ethereum's supply has fluctuated a bit higher after a big influx moved to exchanges before the #merge. https://t.co/qsDjnJVnO6 pic.twitter.com/cX16YWFFzK

It’s worrisome that Ethereum stopped outperforming Bitcoin in the short term following the merge. However, the long-term outlook for Bitcoin and Ethereum is still quite bullish, and both crypto assets will probably bottom out in the coming weeks or months.