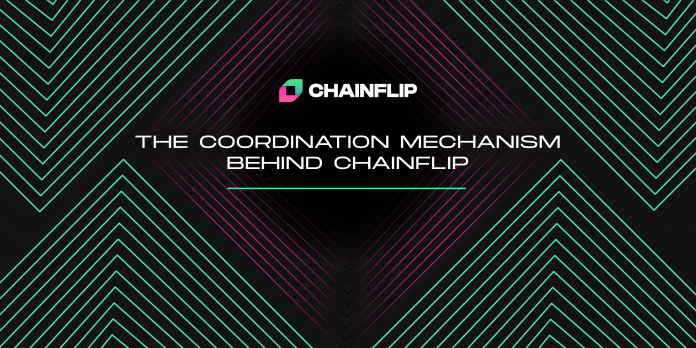 Chainflip is a revolutionary cross-chain AMM set to be released in the next 6 months that offers decentralized swapping of digital assets across multiple chains. Built with the seamless user experience of the original ShapeShift from 2017 and the AMM V3 design of Uniswap,  it will provide the easiest way to transfer value across the most used blockchains ecosystems.

The best thing about Chainflip is how simple it is to use. All users need to do is choose:

Having a cross-chain swapping platform with an impeccable UX and UI is only possible with a deep and intricate behind-the-scenes system. The team at Chainflip has been developing the system to easily bridge the problem of chain swapping by creating a state chain where most of the action happens.

As described in their Lightpaper, the entire Chainflip protocol works with the help of a few key components – Vaults, Validators, Quoters, Liquidity Pools, and the State Chain.

The state chain is Chainflip’s native blockchain built with Polkadot’s blockchain framework called Substrate, and it is basically the bookkeeping and coordination mechanism that allows for all the validators to maintain a shared and approved state of the key parameters of the protocol.

Only two actors are allowed to write information on the state chain: Validators and Quoters.

Why is this crucial?

If you’ve ever tried swapping from BTC to ETH, then you’re probably aware that this is almost impossible. You either need to use a centralized platform or alternative solutions such as Thorchain that need a pre-deposit in a special wallet. Thorchain can provide the native cross chain swaps but lacks the user experience to take it mainstream to a large audience.

For example, to swap with Thorchain, you need to download and install a special wallet on your computer, or move your funds to another wallet that supports Thorchain. Chainflip addresses this user experience tradeoff by having a validator set called quoters; these actors are in charge of interacting with the platform’s frontend and submitting the users quotes into the statechain, allowing users to deposit funds from anywhere, including web & exchange wallets.

The Role of the Vaults

The Chainflip protocol works by having joint vaults on different chains controlled by validators. These vaults are essentially giant multisig wallets or multisig authorised smart contracts deployed to supported chains.

This design allows users that want to swap let’s say BTC to SOL, to only interact with the Bitcoin blockchain where they need to send the initial coins.

Once the funds are received in the Bitcoin vault, a witness transaction from the validators is recorded on the statechain, this will subsequently allow them to send a transaction from the SOL vault to the users receiving address. The way assets are priced is entirely determined by the AMM design, meaning that the amount of assets of each pool is used to price both assets paired together.

Who Operates the State Chain?

Changes in the state chain can only be made  by validators and quoters. These actors are responsible for every transaction, and without them achieving consensus , no swapping can be facilitated.

This is a complex operation that makes the entire Chainflip protocol so unique. Working with Chainflip, users will experience seamless swaps without seeing any of these complexities. Transactions will occur within seconds, and validators, quoters, and LPs will all receive rewards for their contributions.

This is a process that obviously requires every Validator to run at least a light node of every blockchain chainflip supports to be able to witness incoming and outgoing transactions from any chain the user interacts with.

Given that the interaction with the State chain is the most critical action in the protocol, it is clear that the Validator network needs to be stable and very well incentivized economically to avoid any potential malicious behaviours.

The amount of collateral, the ratio of collateral/TVL and the economic incentives for new validators to bid a slot in the network are some of the key parameters that need to be carefully designed to have a stable AMM.

To make sure Validators have a long term commitment to the protocol’s security, they need to be able to forecast predictable revenues from the work they perform, which is why the emission rates are critical to maintain stability.

There’s no question that these coordination mechanisms are highly complex, but that’s what makes the Chainflip protocol so revolutionary and unique.

The entire project is expected to go live at the end of 2021, but there’s still lots of details to be released, including when the $FLIP token itself will launch. The long wait for this technology is about to be over, and soon seamless decentralized swapping coins between multiple chains will be possible.

Be sure to follow Chainflip’s social media and blogs for more information and updates.