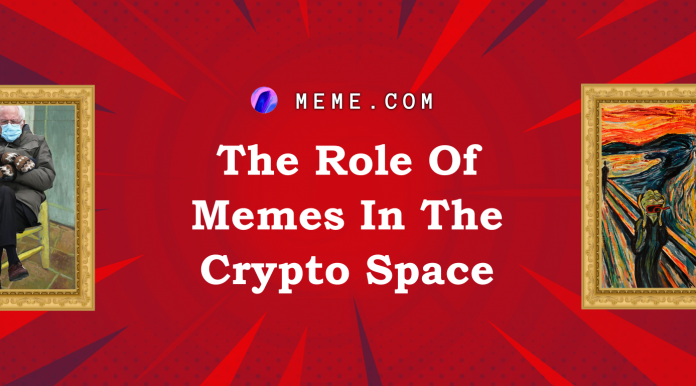 Today we are going to talk a little about the history of memes and why memes are taking the crypto space by storm. Memes can be defined as a form of communication, and like all modes of communication, they evolve depending on who uses them. Everybody has used a meme or been at the receiving end of a meme. Frankly, if you haven’t heard of them, you’re probably living under a rock.

Memes are essentially the language of the internet, driving the online community’s attention and conversation. They are spread by sharing and imitation and have transcended their use, becoming more than a way of sharing jokes and eliciting some laughter. Memes today have become an essential mode of communication and conveying emotions. Facebook’s recent acquisition of Giphy shows just how important memes have become in today’s world.

Memes In the Crypto Space

Memes have been defined in several ways; the most telling definition is a comparison with hieroglyphs. Could it be? Could memes by the hieroglyphs of the modern era? Would humanity thousands of years in the future look at memes and wonder if this is how man communicated? And be amazed at our ability to convey messages through such a medium of communication?

Memes today have become much more than a way of sharing jokes. Evolutionary Biologist Richard Dawkins defined memes as “cultural units of information.” Apart from becoming an important mode of communication on the internet, memes have also become a part of the crypto space

A Look At The History Of Memes

Apart from being an Evolutionary Biologist, Richard Dawkins also coins names, and it is he who was the founder of the term “meme.” We were first introduced to the word “meme” in his book “The Selfish Gene” back in 1976. However, memes today are different than what Dawkins was initially referring to in his book.

The use of memes took off with the invention of the internet, being used in emails and chat forums. Soon, videos and GIFs started being used as well. Present-day memes are mostly graphics containing a punchline. Social media has further increased the use of memes, with some memes more popular on specific social media networks.

How Do Memes Get Value

Memes are valuable because they are shared from person to person. Memes usually represent a character or a phenomenon. For example, Pepe the Frog has become one of the most popular memes on the internet, and while creator Matt Furie deserves credit for creating it, the meme did not have any value when it was created. Memes, jokes, and emojis created using the original meme are what gave it value.

Meme creators like Matt Furie have little or no control over the use of their creations, and their creations are challenging to monetize. Even if the meme is wildly successful and popular, the original creator has almost no way of benefiting from the meme. This brings meme markets and memetic assets into focus, delving into the value behind the meme.

The Rise Of Meme Cryptocurrencies

Meme cryptocurrencies and memetic assets are surging in popularity, becoming the latest hot topic in the crypto space. The unprecedented rise of Dogecoin has prompted fears of a bubble within the crypto community. However, it has also proven that memecoins are not a flash in the pan, and the meme market within the crypto space will continue to see significant growth.

Operating using a Proof-of-Work consensus mechanism, Dogecoin functions in a similar way to its peers like Bitcoin and Litecoin. The team behind Dogecoin decided to use the popular meme “Doge” as the name and symbol of the new cryptocurrency. It would be a fair assessment to assume that the meme has had some effect on the popularity of the cryptocurrency. Today, Dogecoin is the 6th largest cryptocurrency in the world, with a market capitalization of $38,777,455,120.

Protocols like Meme.com can empower users to create a market opportunity around any trend. Meme.com users can buy, sell, and create “memetic assets.” Memetic asset derives value from the value of the trend instead of any underlying asset. Users need to just pay a small fee in “Memecoin,” and convert any meme into a market. Any user that buys into a meme market gets $mToken. Users can stake $mTokens and earn NFTs as rewards.

In Conclusion: Memes Are Shaping The Crypto Space

Memes were initially created as a mode of communication on the internet. However, they have now found a new purpose and can be transformed into a market worth millions of dollars. The success of memecoins like Dogecoin is a testament to the potential that memecoins can unleash in the crypto market. Along with the growth of memetic assets and the memetic asset markets, we will see memes become even more crucial and take center stage in the crypto space.