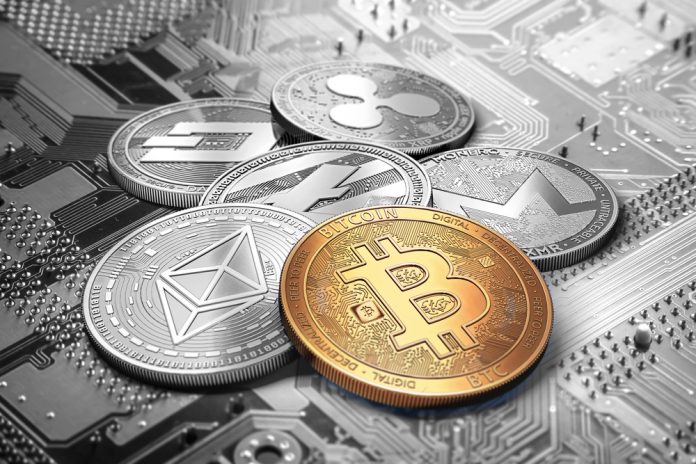 A fascinating dynamic, considering that cryptocurrencies were born out of the last major recession in 2008; they were – or are – the dream that would – or will –  tackle the cynicism and loss of faith that resulted from that crash.

This article will briefly explore the curious demographics behind this growing force. Then, the reader will get a glimpse of the battle between crypto as an ideological movement against it being used as a vehicle for young men to indulge in their Wolf of Wall Street fantasies.

To the dismay of the purists, crypto’s fame in contemporary society has been its performance against the dollar, for its notoriety as an entity to get rich off.

Just take a look at this CNBC survey that found only 18% of crypto investors are in it for long term growth, whereas most people invest as they see it as a convenient way to get into trading.

What’s more, the potential for short term growth, encouragement from friends, family, celebrities, its game-like feel, and the excitement were all found to be more popular reasons to invest in crypto than for serious long term growth.

So despite the growing practical uses of Bitcoin and its fellow cryptocurrencies, even those that actively use it still aren’t using it in a sincere long term way. It’s still very much something to play stockbroker with.

Who’s to say this is a bad thing, though? It speaks of a hungry group of people ready to take part in the economy. It’s a way into trading for those who had previously been locked out.

Speaking to CEO of Spacehuntr Dietrich Moens, he said that “one of the main reasons we started accepting cryptocurrency as a method of payment was perhaps one you could call vanity. We want to attract the best young talent coming through the ranks. By association, we seem like a company they can get excited about and grow with.”

But who exactly are we speaking of, you ask? As it is, 74% of crypto traders are men, and 71% are white. And here’s something even more alarming: the gender disparity in cryptocurrency is even more prominent than in traditional trading investments.

However, the demographics of crypto traders are becoming more diversified in all categories. Women are starting to use cryptocurrency more and more. With an increase in female users of 43.24% in the first quarter of 2020! And if you take the UK as a singular example, you’ll see that over 40% of investors are women.

As for age, only 4% of those 65 and older have used cryptocurrency before. That’s compared with 15% of those under 34s. And a total of 66% of all crypto holders are under 45.

The biggest issue regarding age demographics has been that people have been wary of it being a scam, like an over-elaborate internet scheme. Even now, it’s seen as something that is not and can never be a real currency.

And that’s what it comes down to, a question of faith. Faith that what you have has an intrinsic value. It’s faith that you can take it to an online or in-person vendor and exchange it for something else.

It’s new, so it makes sense that people are suspicious of it. But the very existence of cryptocurrency is indeed to build trust after all.

There are also clear signs that cryptocurrency is finding a meaningful value outside of trading. We only need to see how blockchain – the system by which crypto runs – is changing the world slowly but surely.

For example, you can see how blockchain has been transforming digital rights management. This has been popularised under the guise of NFT’s (non-fungible tokens). Who would have thought that exclusive digital content could ever be possible? And yet, here we are!

What’s more, we see cryptocurrency really take off in the developing world. This is for two main reasons: protecting against volatile domestic currencies and accelerating development.

This certainly complicates the plaything for men under 30 argument, with Asia accounting for more than half of crypto trading. What’s more, there are seven countries ahead of the US in crypto trading, all being lower-income nations.

For example, in Brazil, trading has risen 2,247% in 2021. While in Venezuela, the people have turned to cryptocurrency to tackle hyperinflation. In 2021 alone, trading has increased 833%.

This skews the plaything argument as the research indicated that the main reason for their surging popularity over traditional currencies is reducing financial poverty, increasing access to services, and increased control of assets.

If there’s a conclusion to make here, it’s that the popularity of cryptocurrency today has absolutely been driven by young men using it as a means to get in on the financial trading game. And for the most part, that is its legacy as it stands.

However, we’ve seen signs that things are slowly but surely changing. With cryptocurrency being adopted by a more diverse field of people all the time. What’s more, it’s finding more uses for itself other than mere trading.

So, in short, yes, cryptocurrency is indeed primarily a plaything for men under 30. But in the very near future, it might just change the world.