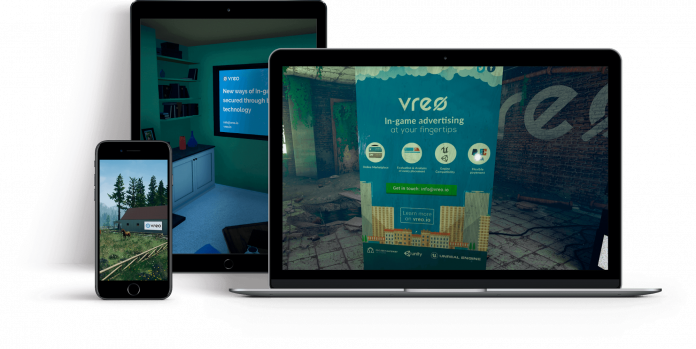 Swiss blockchain startup Vreo is developing an in-game advertising platform which could prevent ad blocking and ad fraud from making a dent in the companies profits.

Many IT related industries have been booming ever since the internet has taken over the world and that’s the case of the digital advertising and gaming industries. The amount of money spent for digital ads is already higher than the amount spent for television commercials and — according to statistics contained in Vreo’s colorpaper — it is going to grow more in the foreseeable future.

The total value of the gaming industry — according to the report contained in the image below — is going to hit $118.6 billion in 2019. Such a value would be just a continuation of a steady growth that has been already going for years. That being said, while things are looking good for those industries they both are putting up with some severe issues that remain unsolved.

In the digital advertising space, ad blockers are a severe issue. According to the project’s colorpaper, ad blocking could prevent up to $25 billion of industry’s profits. A problem which equally problematic is ad fraud. The colorpaper reports that up to $12.5 billion has been lost due to invalid traffic.

Probably the main reason why people install ad blockers in the first place is how disrupting ads are. To put it simply, pop-up ads in-game completely kill immersion and significantly worsen the user experience.

The gaming industry also has its issues, namely that indie studios and small development studios have difficulty in accessing funding. This difficulty is partly due to lacking market connections that such small players have and the resulting lack of funding severely limits their creativity.

A different kind of ads

Ads appearing as pop-ups in a game have a terrible effect on the user experience. In an attempt to change how ads impact the player experience, Vreo has developed a system that embeds ads in the in-game world. Such an ad could appear anywhere in the game; on a screen, on a billboard or even on a character’s shirt.

Such an approach also makes the ads resistant to ad blockers, so this is potentially a solution to two among the most pressing problems in the space.

The ads are delivered using hashes and IDs identifying the advertiser, game, user, and advertisement. The in-game interactions are also tracked and evaluated before being written on-chain to prevent data manipulation.

Such a system renders using bot traffic and ad fraud much harder.

A platform for game development funding

The colorpaper calls this platform “Funding Gateway” and explains that it is “a funding platform where software developers can launch their own mini initial coin offerings (ICOs) through it, using our expertise and market intelligence gathered by Vreo.”

Such a marketplace would make it much easier for indie studios and small development teams to connect with brands, advertisers, and gamers and obtain funding. An important detail about this marketplace is that the projects will be preselected and accompanied by financial forecasts based on statistical data.

The tokens of the Vreo platform are the ViewToken (VIT) and MeritCoin (MERO). The first one is a stablecoin which is meant only for internal platform use and won’t be tradeable anywhere else. MeritCoin is a utility token which can be locked in a smart-contract to obtain access to voting rights, market intelligence, and lower transaction fees. Such a system will probably decrease the velocity of the token.

The ICO will start in February on the Republic and Cobinhood platforms. The amount of MERO tokens for sale is 390 million, and they will be sold at a rate of $0.05 each. A price in ETH will be set less than 24 hours before the start of the ICO.

High profile partnerships have become necessary for ICOs that want to prove their legitimacy. A similar opinion may be the reason why Vreo has put so much emphasis in its colorpaper on the partnership with Iconiq Lab. It seems that Iconiq Lab is helping Vreo with tokenization, ICO legal framework and its network in the cryptocurrency industry.

To help the system’s adoption Vreo has also reportedly partnered with game studios Gamestorm and Pixowl, which according to the company boast millions of users every month.

Vreo also claims to have partnered with an initiative of the telecommunications company Telefonica Wayra Accelerator, network infrastructure behemoth Cisco and the leading computing company IBM, which will reportedly provide Vreo with its artificial intelligence services.